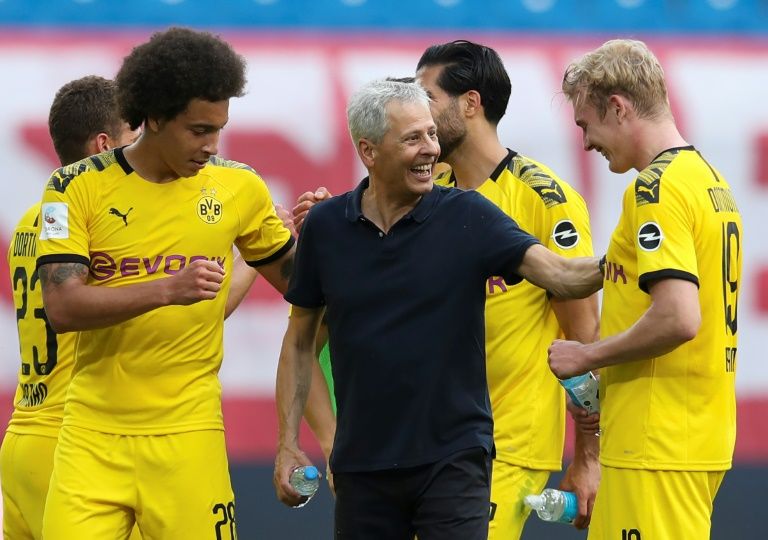 In this article you will find information regarding the fundamentals of this particular formation, distribution of space, defensive and offensive tactics, strengths and weaknesses, variations, and training focus.

If you are looking for more articles about tactics and formation, go to coachbetter.com and start reading!

Become like Antonio Conte and use the 3-5-2 to dominate your opponents.Embed from Getty Images

When deploying a 3-5-2 system, the defense is made up of a modern back three, which can be adjusted to a back five if necessary (5-3-2). In midfield, you often have two defensives and three offensive midfielders. Two of the offensive midfielders play on the wing have a duel role of both winger and fullback, depending on how far advanced they are. The modern form of this formation with a back three was developed especially in the Italian league and their national team. Antonio Conte was a big proponent of this system during his time as manager of both Juventus and Chelsea. In 2018 the English national team also played with 3-5-2 in the World Cup semi-final against Croatia with the back three consisting of Harry Maguire – John Stones – Kyle Walker and just one central defensive midfielder (Jordan Henderson).Embed from Getty Images

This system of play creates an incredible amount of stability in the center with three central defenders and often two defensive midfielders, although this subsequently sacrifices opportunities to play out wide.

See how England owned the shape at the perfection and took the most out of it at the World Cup 2018. In this YouTube video, you can see what kind of player you need to be successful with this formation. It will also explain to you what it will bring you offensively and defensively.

In the offense, the entire width of the pitch is covered and benefits from great combination play through the deep staggering of four rows.

The back three can be added to by midfielders to create a back four or five.

A back four is usually achieved by a wide midfielder who is furthest from the ball dropping back, and a back five by both wide midfielders (usually against a strong opponent or in the face of pressing) joining the backline.

You can easily work on defensive shape with your team with the drill generator in coachbetter.

The players in the back three are generally central defenders (center backs), i.e. strong, tall, and good in the air.

A back three can be a good alternative when you don’t have enough or sufficient fullbacks available and it also has the advantage (at least against teams with one or two strikers) that a defender can leave the backline (e.g. to follow an opponent into midfield) without leaving a gap in the center.

This means you still have a stable defense against teams with strikers who are good runners, especially when running from deep.

The three defenders provide different variations for building up from the back: similar to a defensive midfielder dropping deep, the defenders can start build-up play with one player in the center and two furthest from the wide positions, to be able to play out of any tight spaces and create clear attacking opportunities.

When the defenders have possession, they can build up through the center or out wide.

One of the best examples of a successful implementation of the 3-5-2 is Conte's Inter. Thanks to quick and endurant fullbacks (Hakimi, Young), he can find space out wide. This space will then be used to stretch the opponent's line to finish centrally.

The midfielders can move between the opposing lines to create space and open up opportunities to receive the ball, while the two strikers can either operate in the small amount of space between the wing and the center or drop further back into midfield.

The relatively wide line-up consistently allows for the opportunity to switch play, which frees up the wide midfielders who are furthest from the ball or opens up potential one-on-one situations.

Positions and their tasks (characteristics)

On the wings, you need incredibly good runners who can work one whole side of the pitch alone. A prime example of this kind of player, who can play well defensively and offensively, is the Brazilian Dani Alves or more recently Hakimi in Inter and Guerreiro at Dortmund.

If you have a playmaker in attacking midfield, you can relieve him/her of their defensive duties by playing with two defensive midfielders, this subsequently results in better link-up play with the central striker.

Lukaku and Lautaro are some of the best-attacking duos in football right now. With 52 goals in 2019 - 2020, only Lewandowski and Gnabry have done better. Lukaku, being higher on the field and Lautaro with more freedom enable them to have a lot of success.

For this system, it’s important to have strong defenders who can start attacking sequences from the back and move the ball forward, even when playing on the wing. This means they must coordinate in defense, especially when they are not supported by their teammates in midfield.Embed from Getty Images

When deploying a 3-5-2 formation, the team is well-staggered in depth and width.

The wide midfielders can play high up the pitch, which is sometimes akin to playing with four strikers.

The distribution of space in the center of midfield provides a lot of opportunities in terms of linking teammates together (passing triangles are easily formed), which is facilitated by the deep staggering of four rows. See how you can build up out of the back being pressed in a 3-5-2.

This system of play is not quite balanced, however, as far as the general distribution on the pitch goes, as the wings are only covered by one player each and therefore you cannot double-up, such as in a basic 4-4-2 or 4-1-4-1 formation.

When playing against a team using three strikers, the basic 4-4-2 is a more sensible choice in terms of formation.

The 3-5-2 is a good option for coaches who want to put their opponent under pressure early (pressing in the attacking third or direct attacks on the opposing defenders through the wide midfielders).

When pressing in midfield the team can defend towards the center to take advantage of the compactness there. Both strikers then have the responsibility of taking the opposing fullbacks (provided they are playing) out of the game through skillful attacks.

If you have a strong midfield and players who are good at link-up play, this is a great way to overload the opposition defense in the center (using three midfielders and two strikers).

If this is complemented by wide midfielders who are fast and good dribblers, it creates a flexible form of attack in the center that is difficult for an opponent to figure out.

It offers several variations: link-up play with short passes through the center, vertical passes to the strikers, one-on-one runs by wide midfielders, and the possibility of transitioning quickly, which can then make the most of the entire width of the field.

The previously mentioned 5-3-2 is a very defensive form of 3-5-2 in which the wide midfielders carry out mostly defensive tasks.

This system of play will be often used by teams in a lower division or that are generally inferior to their opponent.

This way a team can double-up on strong opposing players but still have enough stability in the center of the pitch. Quick transitions against the advancing opponent are crucial.

A team generally using that formation is Sheffield United with more or less success. It worked well in 2019-2020 but is now in difficulty. We can see that once the block starts to get lower and lower pressure isn't as effective centrally and in the opponent's outside back.

To train the defense in a 3-5-2 formation means you first must train the back three.

In build-up play, this system relies heavily, among other things, on quick transitions that free up the wide midfielder furthest from the ball.

This requires regular training of building up from the back in different variations. Subsequently, it’s important to focus on coordinated runs, movement of the midfielders, and that the players are well staggered in both depth and width.

This can be trained with smaller games of 4 v. 4 up to 6 v. 6. You can build your drills and exercises here. The third logical step is then to focus on playing out of midfield (center and on the wings) into an attack.

As far as wide midfielders go, another training aspect is how they should operate when near the opponent’s penalty area.

Should they try to support the strikers with cross-field balls or dribble into the center (often another option with, for example, a left-footed player on the right side and operating as an inside forward)?

In any case, it’s about a player being able to make the right decision at the right moment, no matter what the underlying philosophy of the coach may be.

If you too want to have your own digital assistant coach, go to coachbetter.com and start planning your session for free.[vc_btn title="25% OFF JOINING ON ANY COACHBETTER PACKAGE! START PLANNING YOUR SESSION NOW ⚽🔥" style="custom" custom_background="#3ea371" custom_text="#ffffff" size="lg" align="center" button_block="true" link="url:https%3A%2F%2Fwww.coachbetter.com%2F25-off-joining%2F%3Futm_source%3Dblog%26utm_medium%3Dorganic%26utm_campaign%3D03_352_formation%26utm_content%3D352|title:25%25%20OFF%20JOINING||"]