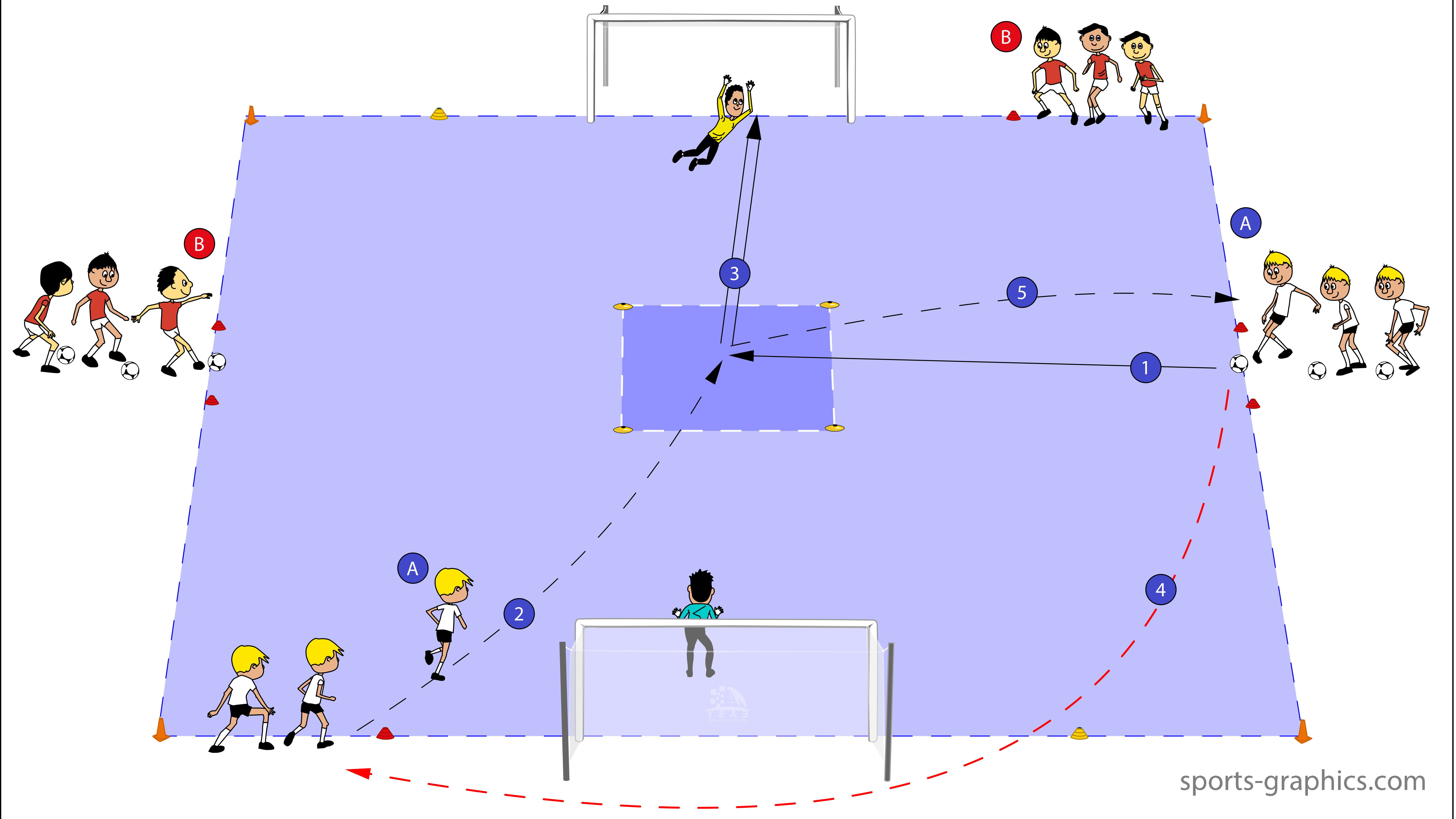 This is a fun drill where your players will be available to work on their shooting, passing and work on your goalkeeper development as well. You can make it a competition but don't forget that the quality is key, don't hesitate in adjusting the distances according to your team's level. Also, if you don't have any goalkeeper you can make your players rotate in goal as well after every repetition. It is always good to play at every position at the grass root level.

1. The first player on the sidelines from team A begins the sequence with a pass into the shooting zone in the center as the first player in line next to the goal runs into the zone to receive the pass and tries to finish (one point for each goal scored)2. If the first pass doesn’t land in the shooting zone, the attempt doesn’t count3. Players switch positions after each round4. The sequence continues for five minutes and then the teams switch sides5. Competition: The team with the most goals wins

1. Mark off a square playing field (35x35 yards)2. Set up two goals and a small shooting zone (5x5 yards) in the middle of the playing field3. Place two mini cones on each side of the field as shown4. Place a red mini cone on the left of each goal and a yellow mini cone to the right5. Divide players into two teams with goalkeepers6. Assign players to their starting positions (two for each team) as shown

1. Have players start from the yellow cones and shoot with their left feet