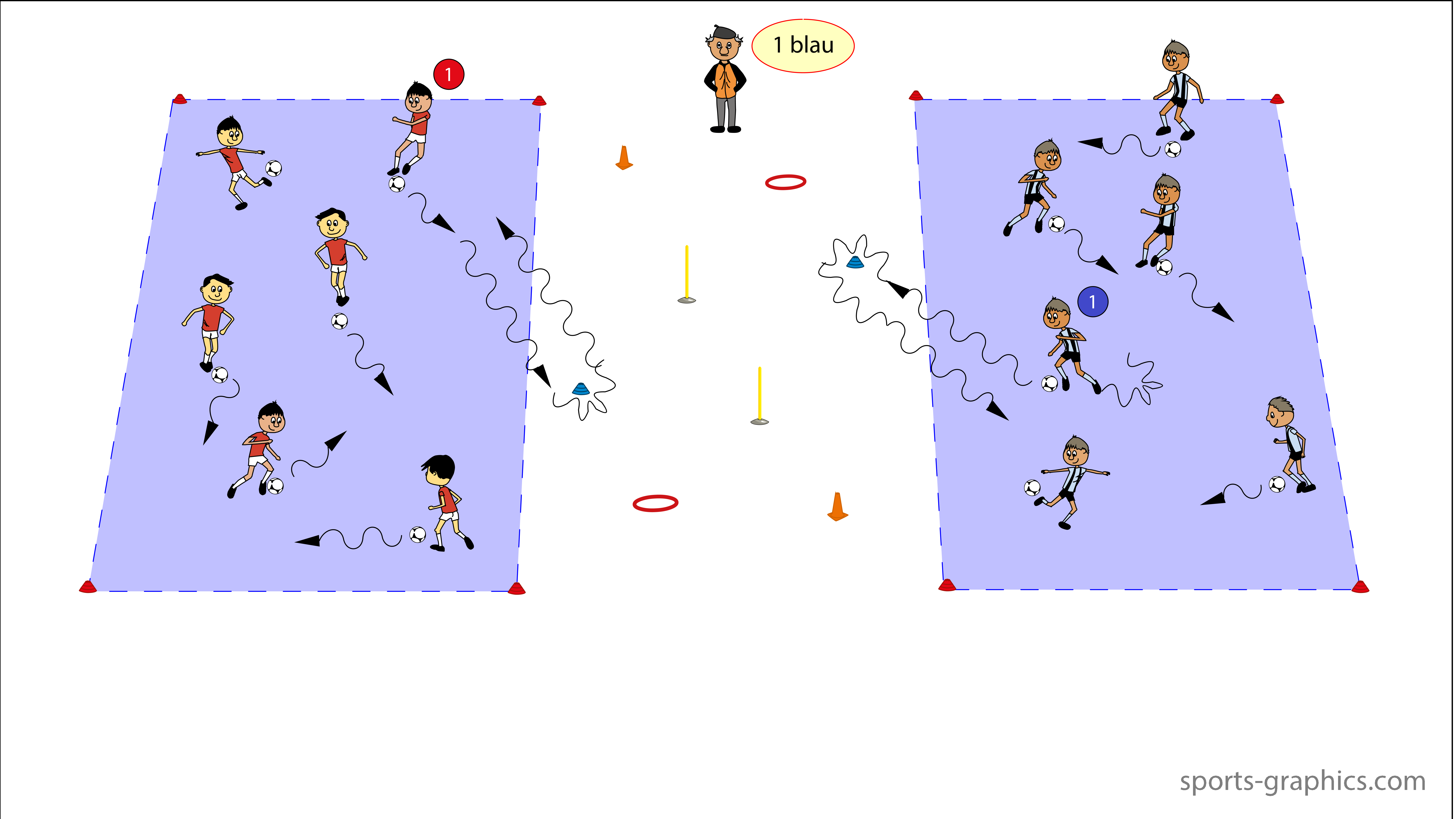 Are you a coach of a U6 to U10 team? Here is a drill from you for the warm-up. In this exercise, you will work on the player's technique but also on his cognitive abilities. Teaching to multi-task at a young age can play a massive difference in the player's development. Learn how to be aware of their surroundings and not only on the ball at their feet. As a variation at the end of the warm-up, add a competition where you give numbers to players in each squares and then they race against each other.

1. Players dribble freely in their team’s playing field2. The coach calls out a number and the color of a cone, pole, etc. (e.g. “Player 1, blue cone!”)3. Player 1 from both teams then dribbles at high speed around the cone, pole, or ring with that color and then sprints back into his/her playing field

1. Set up two playing fields (12x20 yards each) using four mini cones for each field2. Use two more mini cones, two pylon training cones, two poles (about 1.60 yards), and two rings to set up the area between the two playing fields as shown3. Divide players into two teams of five to six and number the players in each team4. Every player has a ball

1. Send two or more players from the same team into the area between the fields at one time2. Make it a competition: The player who makes it back to his/her field first gets a point and the team with the most points at the end of the exercise wins