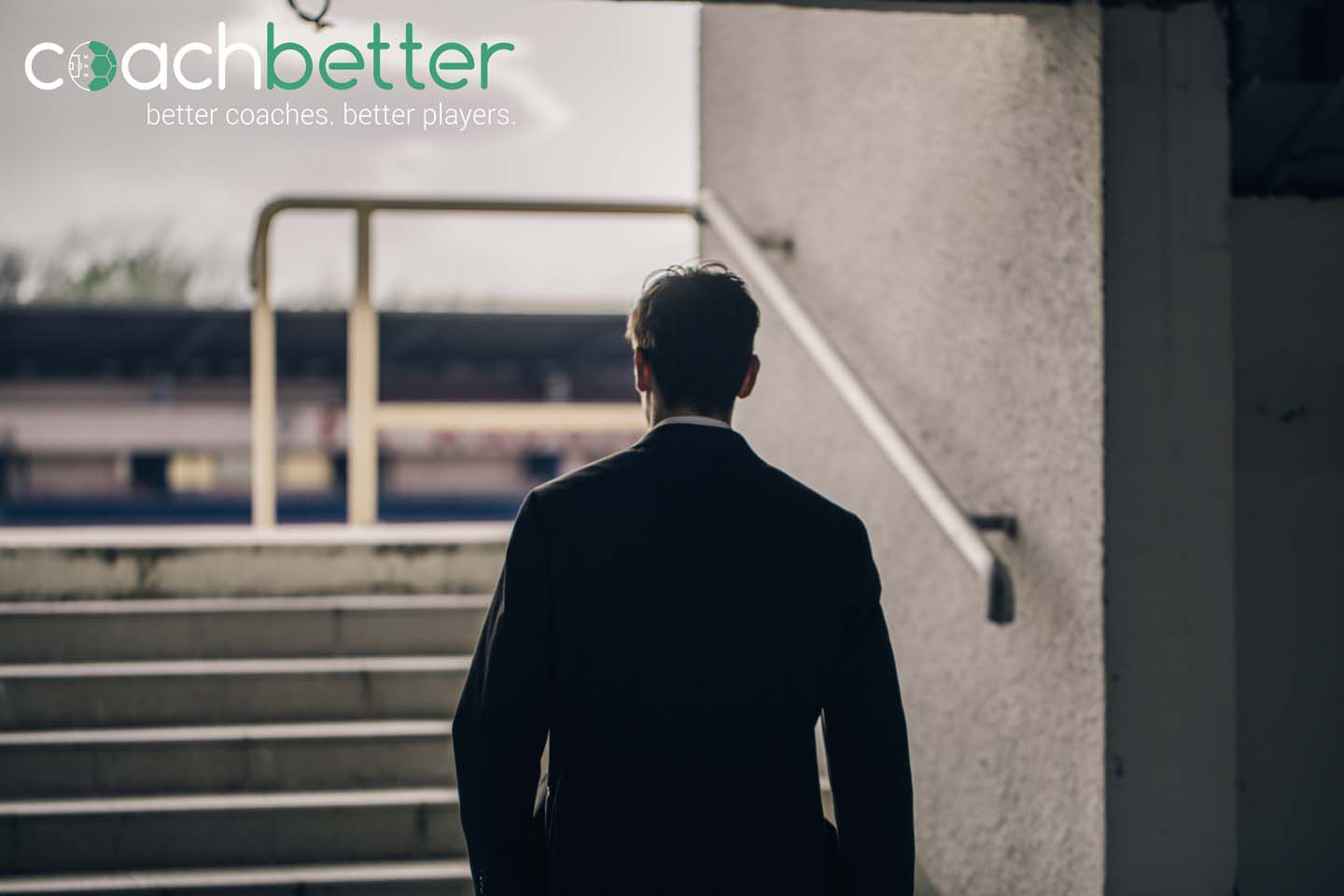 The half-time talk gives the coach a chance to adjust and steer the style of play and behavior of his/her team. During the game a coach is only able to give a little input at a time to individual players, assuming the course of the match and the situation of the game allow it.

Depending on the sports facilities, it can take a few minutes to get back into a team’s locker room. Once the players have arrived there, they should be given a few minutes to rest and cool down. It’s important to rehydrate during the break as well. Energy boost, for example through fruit, can also be helpful. Assuming it takes a few minutes to get to the locker room and to go back to the pitch afterwards, you are left with about six to eight minutes to talk to your team.

A possible way to structure the speech is with the so-called “sandwich method,” in which the beginning is positive, followed by constructive criticism, and then to end on a positive note. The substance of the speech should cover the events of the first half including a brief assessment, during which the positive aspects and strengths of the team should be emphasized.

After that, you can matter-of-factly go into deficits and room for improvement and offer a maximum of two to three concrete tips. It is possible in this phase to allow room for questions from the players if necessary, but it should not end up as a team discussion as the time simply does not allow for it. The last part of your speech should provide reassurance (ending on a positive note) and include substitutions or tactical changes. The assistant coach should inform the substitutes on the pitch. Finally, you can head back to the pitch together with your team.Embed from Getty Images

You should begin making notes of the important points for your half-time talk during the first half, or have your assistant coach take notes. It’s useful to discuss your talk with your assistant coach beforehand: What did he/she see? What aspects of the game should be stressed? If you don’t have an assistant coach, which is often the case in lower divisions, then it is of course up to you to find the right substance and wording for the half-time talk. When you’re well-prepared and speak confidently it is reassuring for your players, which is why you should be careful to control your emotions at this point.

A rant to turn up the heat on the players for the second half should only be used rarely and purposefully if there isn’t any way around it. It is crucial to focus on the most important and possibly match-winning aspects of the game and, if possible, to demonstrate using a video or a tactics board. Visual aids improve the players’ ability to let the information really sink in. Under no circumstances should the half-time talk be too overloaded with info – two to three concrete pointers must be enough.

Tips for a half-time talk

The half-time talk is not an end in itself, but rather a means of support for the players. If there isn’t much to say, then not a lot should be said. In some cases, it’s also possible not to give a motivational speech at half-time at all and by doing so purposefully show disappointment in the team. A purely emotional speech can and should only be used when absolutely necessary. If it only happens rarely, it could help in certain situations.

Under extreme circumstances a coach must react extraordinarily. It is said, for example, that Liverpool’s coach Rafa Benitez never once mentioned in his half-time speech of the Champions League Final in 2005 that his team was behind 0:3. Instead, he calmly and factually outlined the plan for the second half and spoke about extra time, which is a remarkable and unexpected reaction for a coach in his situation. In the end, Liverpool won against AC Milan in a penalty shoot-out. Embed from Getty Images