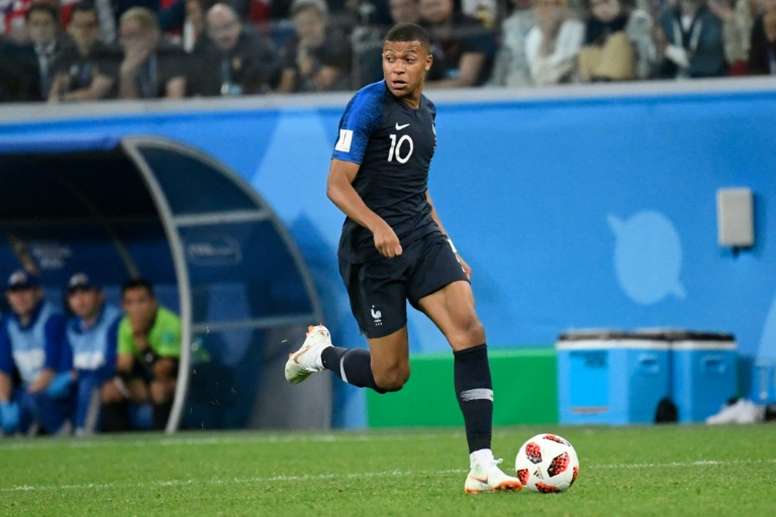 Speed is the ability to make movements at the highest possible velocity and is a very complex subject, which begins with differentiating between various kinds of movement. There are cyclical patterns of movement, such as a sprint, that repeat themselves over and over. Ideally, each consecutive step in this case is identical, which requires proper technique. When it comes to cyclical movements, a “basic speed” is often discussed. In contrast, acyclical movements are single movements in which the individual partial movements do not resemble each other. Acyclical movements are, for example, tackles, jumps, or a shot on goal. With acyclic movement, one speaks of “movement speed.”

In soccer, both forms of movement are important and must work well together, for example in a sprint followed by shot on goal. So, as we can see, the speed demands of soccer vary and the mere training of sprints for speed is therefore not enough on its own. It is also a good idea to incorporate ball-based exercises into speed training to help with the implementation on the field.Embed from Getty Images

In order to be as fast as possible in soccer, the muscular system faces several challenges. Muscles’ ability to develop strength and the interaction between certain muscles are very important when it comes to building speed. These can best be trained with maximum strength and coordination training. In soccer, players must also be able to deliver more than 90 minutes of the fastest sprints possible, which makes sprint endurance essential.

The best way to train sprint endurance is with very intense, short intervals. It’s important here, above all, that muscles have the ability to regenerate stored phosphates. Furthermore, muscle length and elasticity play a major role in speed. In sprints, for example, a quick alternation between thigh flexors and extensors is necessary. Shortened musculature is very prone to injury and hinders maximum speed.

In order to prepare for speed training in the best possible way, a rocking stretch is recommended. On the one hand, this tests muscles’ ability to withstand stress and, on the other hand, prepares the musculature for the demands of speed strength. For this reason, regular stretching can greatly improve speed as shortened muscles can be lengthened again. In addition, stretching regularly protects muscles from rapid changes in length through receptors.

By accustoming muscles to this length, players improve their fast-paced movements. In order to avoid the opposite effect, the respective muscle should not be stretched too far – especially before speed and sprint training. Overstretching causes fast-twitch muscle fibers to react more slowly and by doing so decreases overall speed.

Sprints are usually associated with a maximum strain on the body, which makes it necessary for training speed. This involves some rules for optimal speed training, such as taking consistent breaks between exercises. For this reason, the repetition method is recommended for speed training. When it comes to maximum strain, athletes’ concentration and motivation play a major role, which means that speed exercises should always be done at the beginning of a training session. Since the risk of injury would be too high for speed training after an intense strain, the training would miss its purpose as it would no longer be possible to achieve a peak performance. Another important basis for speed training is a comprehensive warm-up. Not only do muscles have to be activated in order to function at the highest possible level, but warming up also decreases the risk of injury significantly.

During a game, players have to sprint about 5 to 30 yards at a time. The ideal length for a sprint in speed training is about 25 yards maximum. A player’s speed of the mark is often the deciding factor in a game situation, which is another reason it makes sense not have sprints that are too long in training. For a change of pace in training, longer sprints, e.g. 60-80 yards, can be useful to stimulate muscles differently and thus trigger adjustments. Sometimes longer sprints are necessary in a game, but the primary focus in training should be on shorter distances. Tackling is another aspect of the game that benefits from high speed movement. Effective tackling is not just about using physical strength, but about using it at the right moment.Embed from Getty Images

Strength training is helpful in this case, but the best way to train tackling is with direct one-on-one situations. Since the demands of soccer are quite varied, this should be considered when planning a training session. As previously mentioned, it also makes sense to train speed in training forms with a ball. Firstly, ball control can be trained under maximum strain and, secondly, the motivation of the athletes is important, so a motivated game at the end of a session can also be a useful tool for training speed. Muscle fiber distribution plays another very important role when it comes to speed. Players with predominantly fast-twitch muscle fibers are faster than players with higher slow-twitch fiber levels. Because of this predisposition, it is useful to divide the team into performance groups, just as in endurance training. The sprinter types regenerate faster than the endurance types between each sprint, which should be taken into account for optimal strain control by giving the endurance types longer breaks.