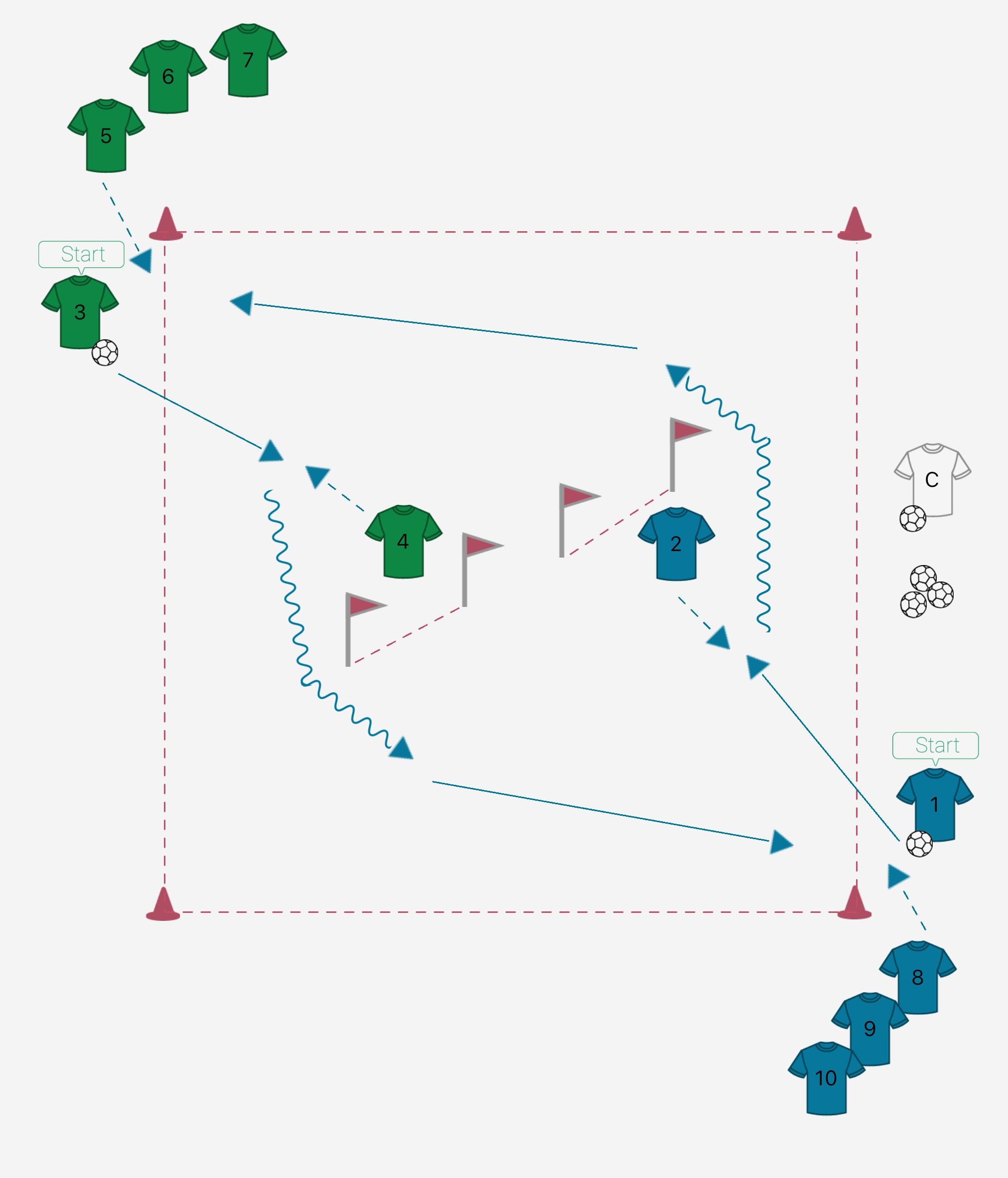 Soccer drills: First Touch with a Change of Direction

First Touch with a Change of Direction

Soccer drills for technical warm-up: In this drill, you will allow your players to work technically in the best situation which is under pressure. If your player can play and perform under pressure, he can go to the game and reproduce what he knows. This drill will work on the first touch that is so important in modern football, passing and speed if your players put the right intensity. Don't forget to switch the players in the middle after a limited amount of time.

1. Defenders should gradually increase the level of pressure put on the attackers and eventually make physical contact2. Pass receivers should turn away from defenders quickly, get control of the ball in motion, and immediately pass to the next player3. Quick position changes