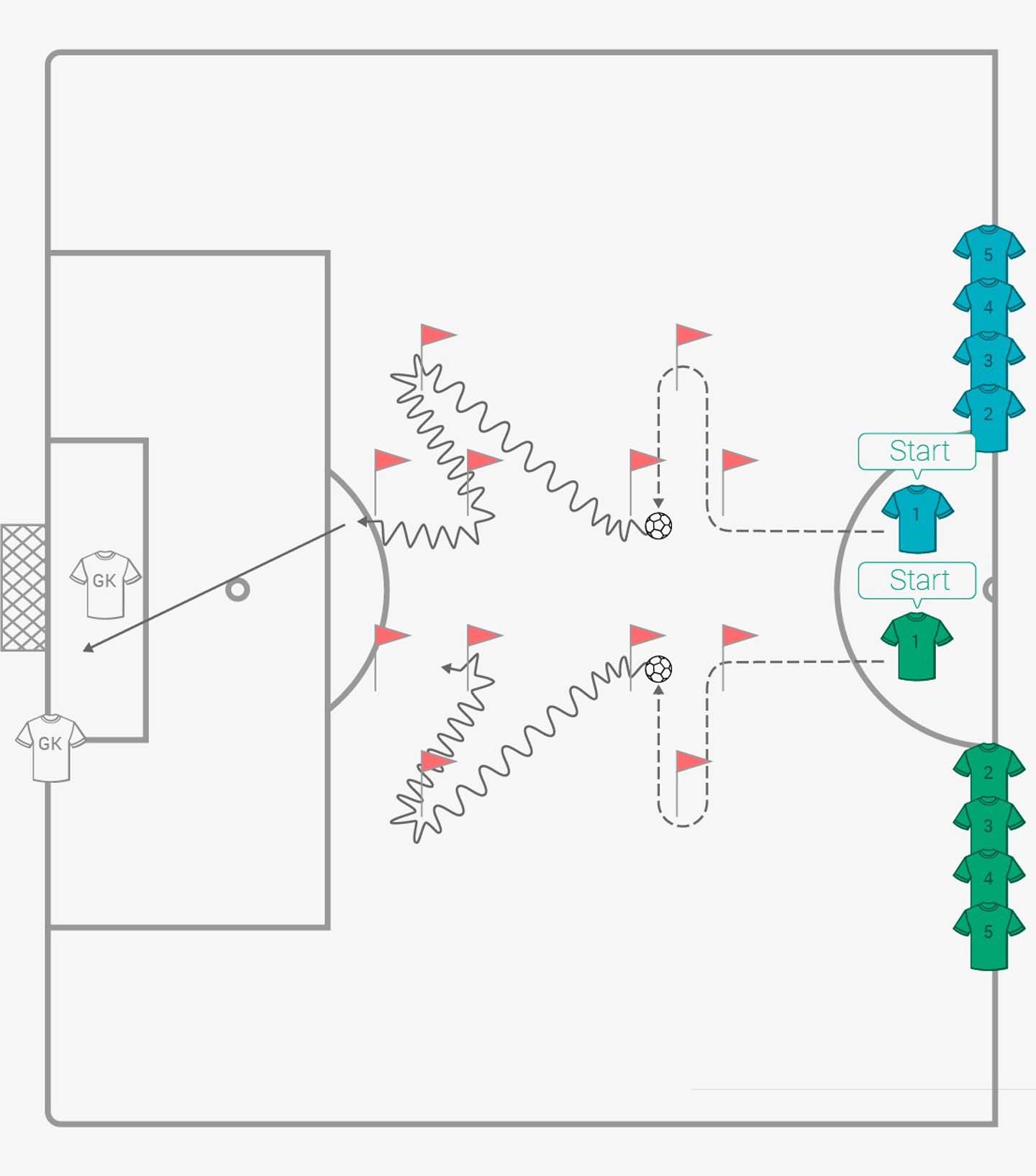 Soccer drills: Dribbling Competition with a Shot on Goal

Dribbling Competition with a Shot on Goal

Competitive soccer drills: Here you have the ability to work on the fitness, technique, shooting and speed of your players in a fun way. It is always good to have your players compete against each other. Make sure that the competitive aspect doesn't take away the technical work behind it. For this exercise, don't hesitate in being creative in the variations: add another goal, replace with mini goals, add a juggling section... be creative!

1. Set up two courses between the penalty area and the halfway line with poles (six on each side)2. Place a ball after the first section of the course (at the third pole) on each side3. Players lined up in two lines

1. The players aren’t allowed to touch the poles2. The player who loses the running/dribbling competition has to do 10-25 push--ups