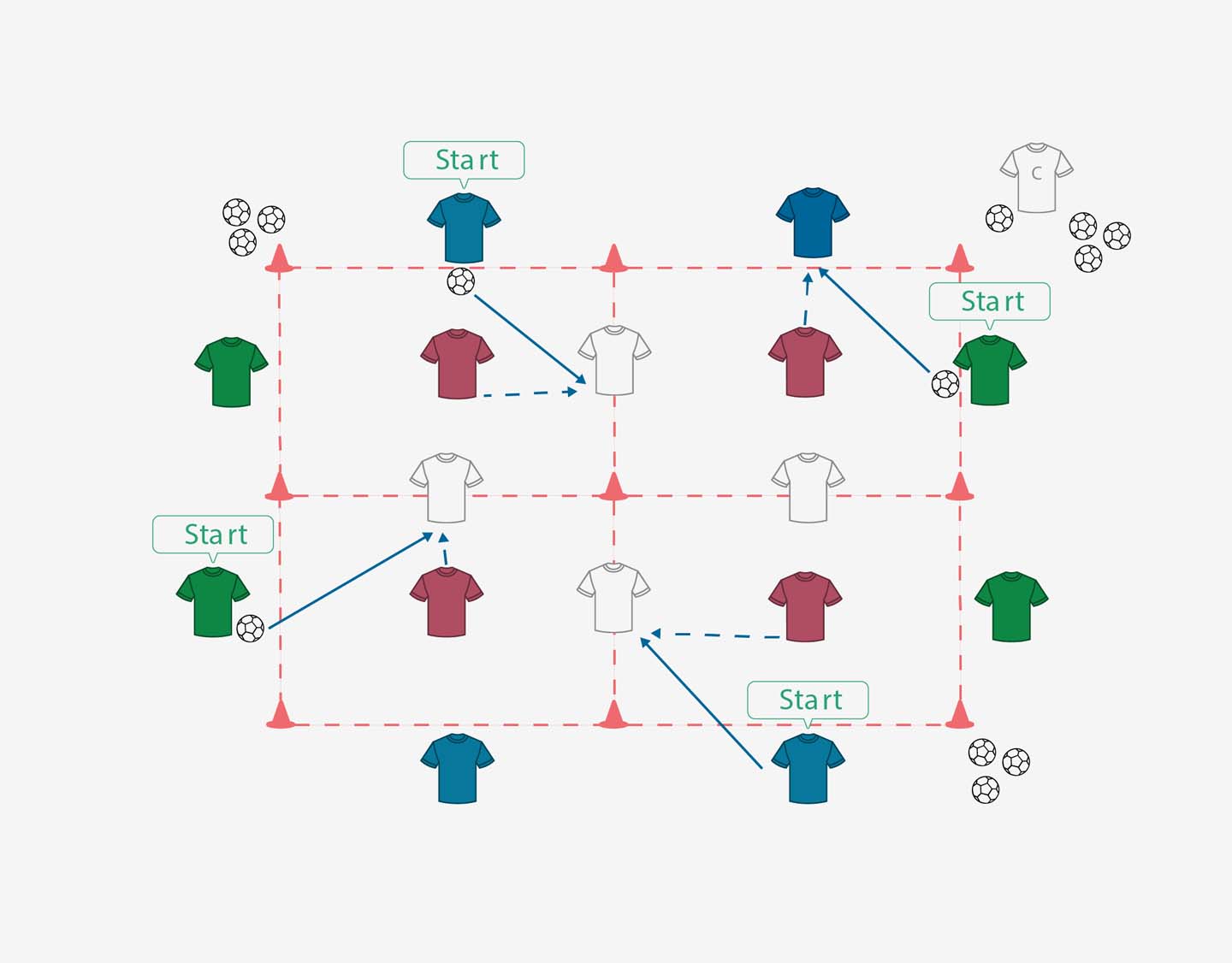 1. Play 4v1 in each square2. Because of their positions, players from the white team are responsible for two squares each3. Multiple touches are allowed at first4. After a while (five minutes), change positions

1. Cones/poles to mark the playing field as shown2. Divide the field into four equally sized squares3. Position one player each from the blue and green teams on the outside of the squares and the players from the white team on the lines inside4. Position one player from the red team in each square5. A player is in possession in each square6. Assign players to their positions7. Extra balls around the playing field

1. Limit touches – direct passing game2. Adjust the size of the field as necessary