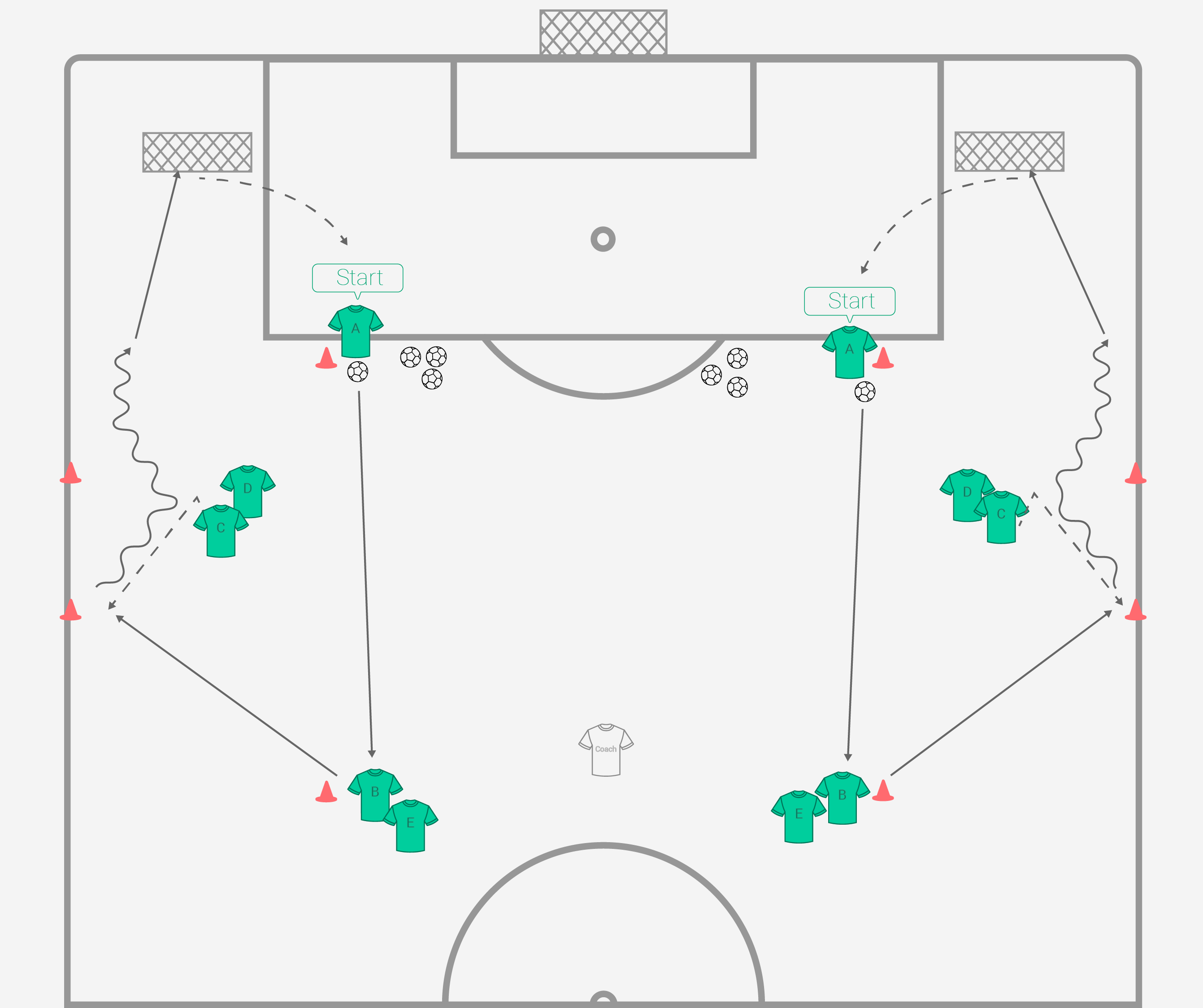 Soccer drills: 1v1 on the Wing with Short Distances

Soccer drills: 1v1 on the Wing with Short Distances:

If you are looking for amazing soccer drills for your wingers, full backs or anyone usually playing in the wing, you will love this one. This exercise will lead your players to be confronted to a game realistic situation. They will have to face a defender just like in the game and dribble him in a 1v1 situation. You can easily replace the mini goals by big goals with goalkeepers if you want.[embed]http://www.youtube.com/embed/X-1ZmjZnug4[/embed]

1. Player A passes to player B2. Player B receives the ball in the direction of play and passes to player C, who has just distanced him/herself from the defender on the wing and become open to receive a pass on the wing3. Player D operates passively as a defender4. Player C receives the pass in the direction of play and dribbles towards player D5. Before reaching player D, he/she feints to the outside, dribbles towards the mini goal, and passes into it

1. Four cones in the shape of a trapezoid (see graphic)2. One mini goal on each side3. Extra balls with player A4. Players progress to the next position after each round

1. Make it a competition: Who can score the most in the mini goal?2. Specify the feint players have to perform3. Increase the distance to the mini goal4. Have a player defend actively