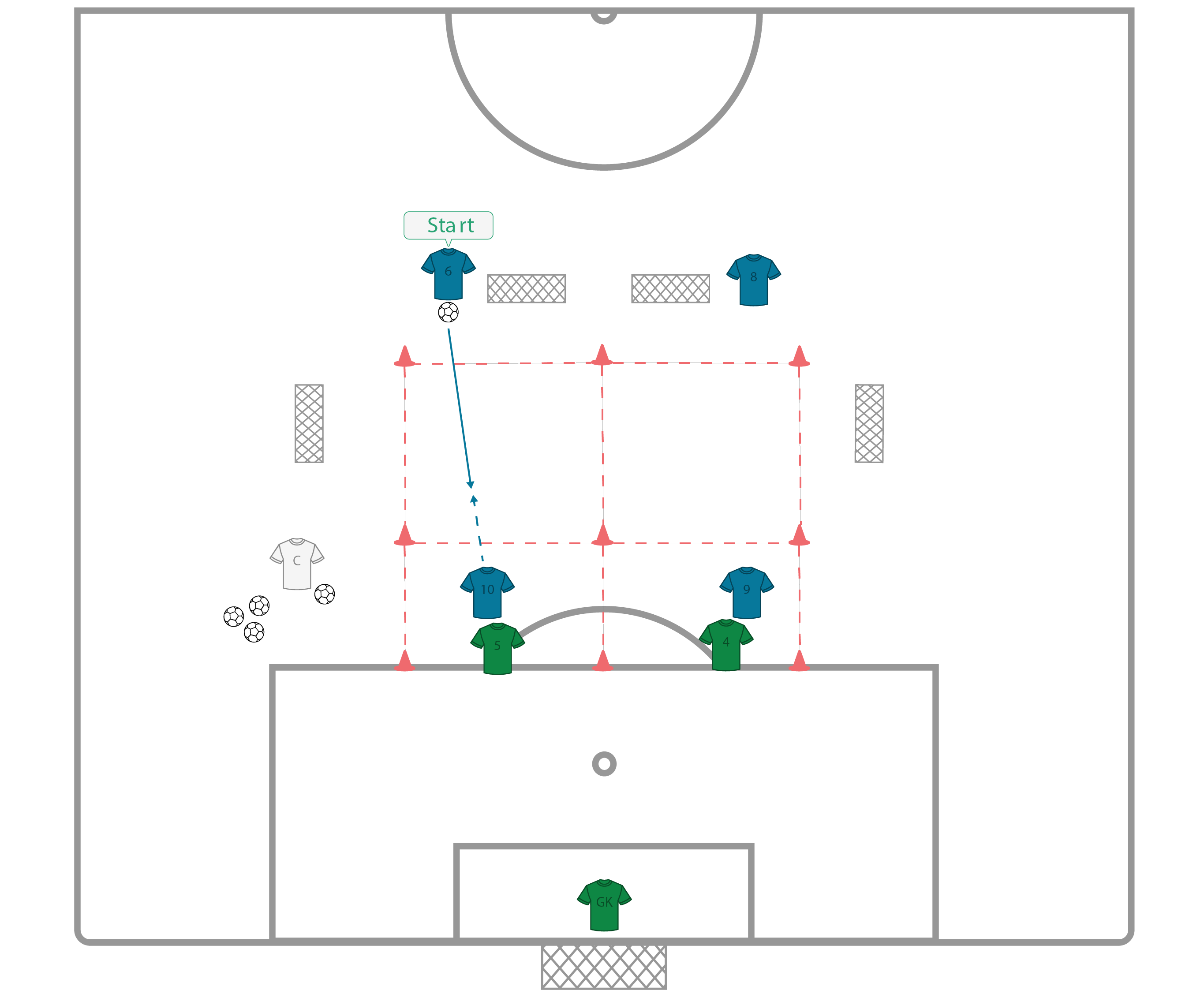 Soccer drills: 1v1 behind the Attacker

1v1 behind the Attacker:

Soccer drills for your strikers/center backs: This drill will be great if you are trying to teach your strikers how to hold the ball when you have a defender on you. Then, you can teach to your center back or the person defending how to defend properly, not conceding the offensive player any space. Finally, you can talk about the importance of being able to turn and then attack the defender. You can also switch from a 1v1 to a 2v2 or 2v1.

1. Player 6 from the blue team passes to player 10 (blue), who triggers the pass with his/her movement towards the empty square2. As player 10 receives the pass, player 5 (green) follows him/her and defends the attack3. Player 10 tries to get past player 5 and shoot on the big goal4. Player 5 defends and, if able to steal the ball, passes into one of the two mini goals to his/her side

1. Cones to mark the playing field as shown2. Mini goals (four)3. Player 6 from the blue team starts out in possession4. Players assigned to their positions

1. Well-timed pressure on the opponent2. Appropriate distance to the opponent when defending (about arm’s-length)3. Shielding the ball from one side (ideally the center)4. Positioning the body between the ball and opposing players

1. Additional point for defenders for stealing the ball and dribbling over the line in front of the mini goals2. Switch from 1v1 to 2v23. Limit time (e.g. less than one minute)4. Change positions frequently enough