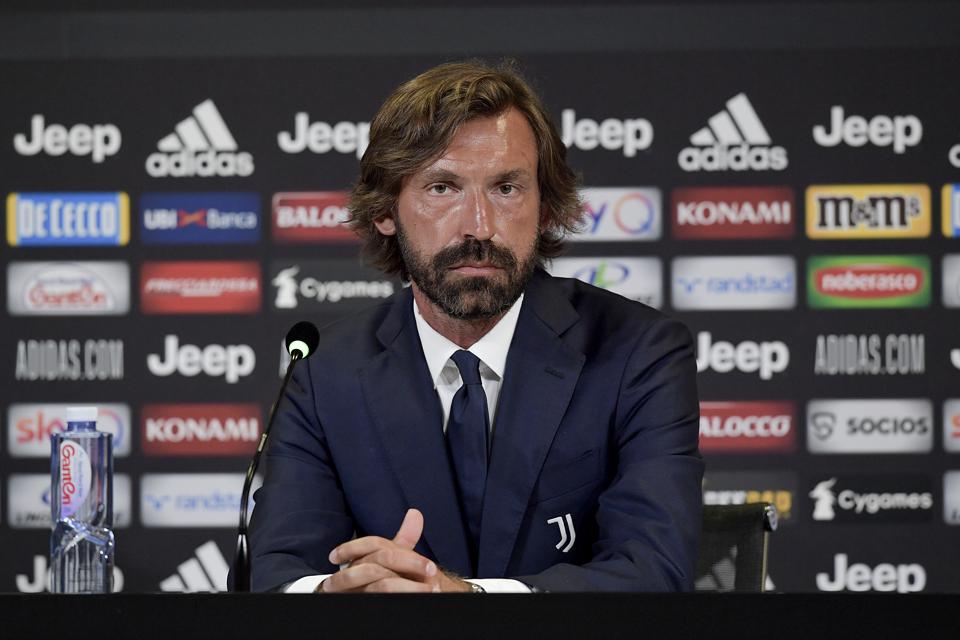 Pirlo and the symbol of lack of professional opportunities for coaches

On August 8, the Juventus club of Torino formally announced their new head coach for the 20-21 season: no one else than former Italian legend Andrea Pirlo. Unhappy with the performances of Sarri in Champions League and in the Serie A, they wanted to find someone that was more aligned with their status and ambitions.

Hence, Andrea Pirlo, winner of Champions league in 2003 and 2007 with Milan AC, winner of six scudetto (Italian serie A), 2 with Milan and 4 with Juventus, 2 cups and more importantly, world cup winner with Italy in 2006. In one word: legend. The problem is as good as Pirlo was as a player, being the head coach of one of the best clubs in the world will actually be his very first experience as a coach.Although he holds a Pro license and has a tremendous experience being managed by some of the brightest minds of football, Pirlo has never sat on a bench as a coach before this season. Why is this so controversial?

Coaching out of curiosity

Indeed, nothing or no one (not even him) expected Pirlo to become a coach at the highest level. In his book, written in 2013, I Think Therefore I Play, he stated: “I wouldn’t bet a single cent on it”, “It’s not a job I am attracted to”. The reason behind it was that “the lifestyle is far too close to that of a player, I’d like to get back even a semblance of a private life.” We can understand that the process of being under scrutiny about performances and all aspects of one’s life can be draining. However, what made him change his mind?After retiring, Pirlo decided, out of curiosity more than anything else, to enrol in one of the best coaching schools of Italy in Coverciano. While studying, he realized thanks to lectures and field trips that the coaching world was his calling. Starting with the U23s sounded to be the right first step for him as he declared in he had “received other offers from Serie A and the Premier League but Juventus was the best place to start”. Bear in mind that these offers come while he has never managed any other teams before.After Sarri gets sacked following poor performances and Juventus being eliminated from the Champions League, Pirlo is named head coach of the first team, without playing any games with the U23s.Embed from Getty Images

Despite his lack of experience, Pirlo has a huge advantage, he has credibility. Nowadays, gaining the respect of a locker room seems tougher and tougher, and having a player that has won everything and that is considered one of the best midfielders that has ever played the sport brings more credibility than anyone. As Rabiot said, “Even if I’ve only got to work with him for just a few days, lots of things have changed, starting from the fact you can see Pirlo was an important player for Juve.”We have seen a new generation of coaches arising with the same characteristics than Pirlo. Frank Lampard at Chelsea, Mikel Arteta at Arsenal, Gennaro Gattuso at Napoli, Inzaghi at Lazio, Zidane in Madrid, Simeone in Atlético, Henry is in Montréal, and a lot of other players will follow. Interestingly enough, we can look at the 20 currenet managers in Premier League and all of them without exception have had at least one game in a professional league. Obviously, the cases of Bielsa, Mourinho and Brendan Rodgers that had a very short playing career but an amazing coaching career are to be highlighted. However, even them had some kind of professional appearances.Embed from Getty ImagesThe fact is that former professional players have access to jobs in higher leagues much easier that coaches, that are sometimes stuck in lower divisions by lack of opportunities.

Julian Nagelsmann as the counter example

Nagelsmann is an example to show to every aspiring coach. Although he was a good center back with good physical ability (1.90m), injuries kept him away of the fields at a very young age. He started very young to learn from some of the best coaches of today, notably with Thomas Tuchel. He revealed himself at Hoffenheim, taking the team in the 17th position in the league to being historically qualified for the UEFA Champions League the next year.Embed from Getty ImagesThis shows that although former professional players have a considerable advantage, it doesn’t mean that you can’t reach the best level, by working tirelessly and being serious and conscious coaching. Something you can’t forget is that although you are one coach, coaching should be about your players, your team, how you can lead them to be better players, human being and better team. Another important aspect is to go through the coaching licenses thoroughly and not be afraid to make valuable connections because the bigger your network is the better.At coachbetter, we empower football coaches at any level and it is our mission to help you become the very best coaching version of yourself. Leave your comment and tell us what you think!