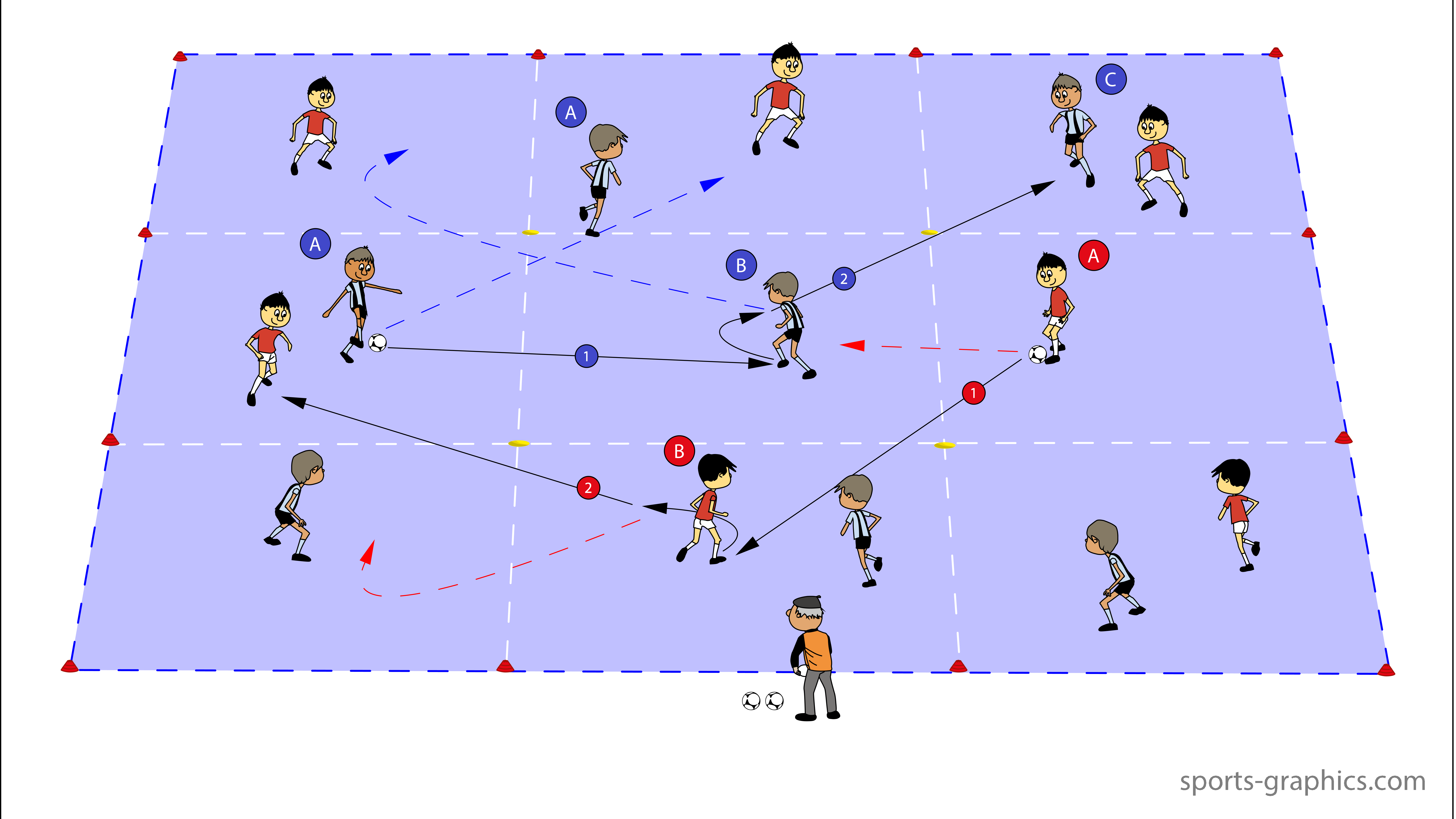 Get your players moving with this passing drill.This will be a great exercise to start your practice with as it works on passing, first touch, awareness, and perception. Make sure that you focus on the technical aspect and movement part as well. If your players put the right intensity, they will be more than warm and ready for practice.You can add some nice variations such as first touch in a new square with a pass in another square or simply to move to an empty square after the pass if you have the right numbers.

1. The players pass to each other within their teams and run into a different field after each pass2. Players aren’t allowed to follow their passes into a field3. After a certain time with unlimited touches, players should play with a maximum of two to three touches

1. Mark off a square playing field (24x24 yards)2. Use 12 mini cones and four flat training markers to divide the field into nine smaller fields (8x8 yards each) as shown3. Divide players into two teams of seven4. Only one player from each team is allowed to be in a smaller field at a time

1. Pay attention to stable passes (pass accuracy)2. Players should constantly adjust their focus (looking at the ball, looking at teammates)3. Orientation after a pass

1. Start by playing with the hands

Start planning your session for free on coachbetter and unleash the best coaching version of yourself.