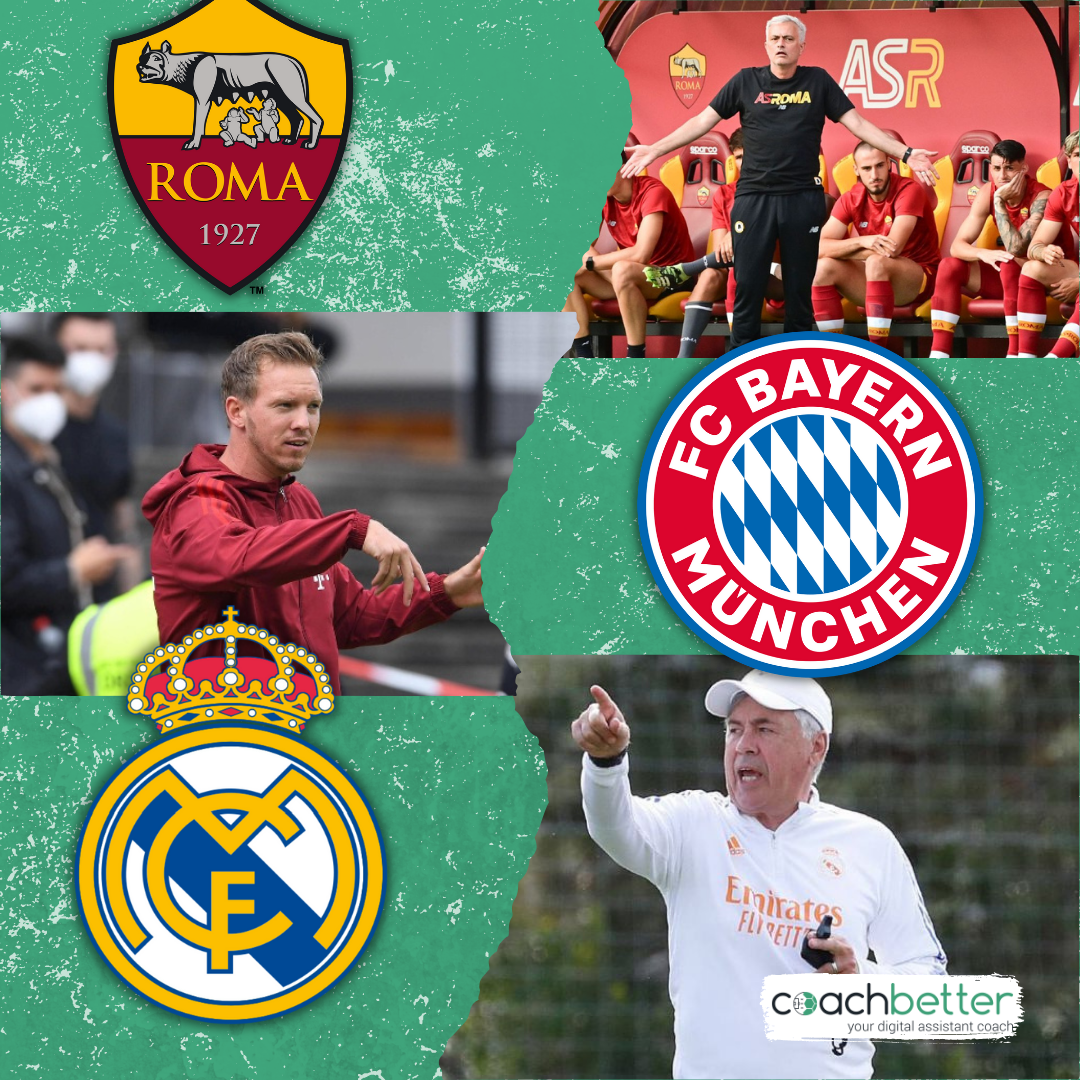 Carlo Ancelotti: Back to the first stage

Ancelotti is without a doubt one of the best coaches in activity nonetheless, his last title was the DFL Supercup won with Bayern Munich back in 2017. Even though Everton is a very good team, they weren’t expected to win any big titles which won’t be the case now.

“Carletto” is known for his great management style, being able to create a great relationship with his players and thus getting the best out of them. After two experiences at Napoli and Everton without trophies, we will see if he can apply to bring some titles at Bernabeu where he has already met success in the past.

In Madrid, trophies will be required in order to keep leading the team. Game on!

“Coaching Real Madrid is a big responsibility, but a nice one. You’re in charge of the best club in the world.”

The young prodigy finally reached the stage where we all wanted to see him.

After doing brilliant work at Hoffenheim, it almost came as a surprise to see him sign at Leipzig. Not that Leipzig is not a great club, but after saving Hoffenheim from relegation in 2016 and then bringing the club to its first Champions League campaign ever, we realized there was something special about him.

At Leipzig, he reached new heights as well bringing the club to the semi-final of the Uefa Champions League losing only to PSG but winning against Atlético Madrid in the quarter-finals.

He outsmarted us again and made the right decision by going to Leipzig and after 3 successful seasons, he now takes the German powerhouse: FC Bayern Munich. It will be interesting to see how he performs under so much pressure and if meets the high expectations that we all have on him.

“You have to be successful. If you’re not, the consequences are more dramatic compared to other clubs – but I’m prepared and ready for the job.”

Jose Mourinho: The Special One or The Normal One?

The special one is becoming year after year a bit less special as a coach. He will remain special in his management and communication style probably forever but Mourinho is looking to prove that he still is one of the best as a coach as well.

Criticized for his lack of depth and innovation in his game and the way his teams play, we cannot forget that Mourinho is above all a pragmatic, realistic coach with one and only purpose: win.

The problem is that he hasn’t won so much in the past years. Pressure is on him to show the football world that he still got it with the risk to become the normal one.

“I am the Roma coach, I don’t want to be anything else. There’s a lot to do here, I’ll be covering this role for 24 hours, except a few hours I need to sleep. “If, during this time, we can give something to Italian football, that would be great.”