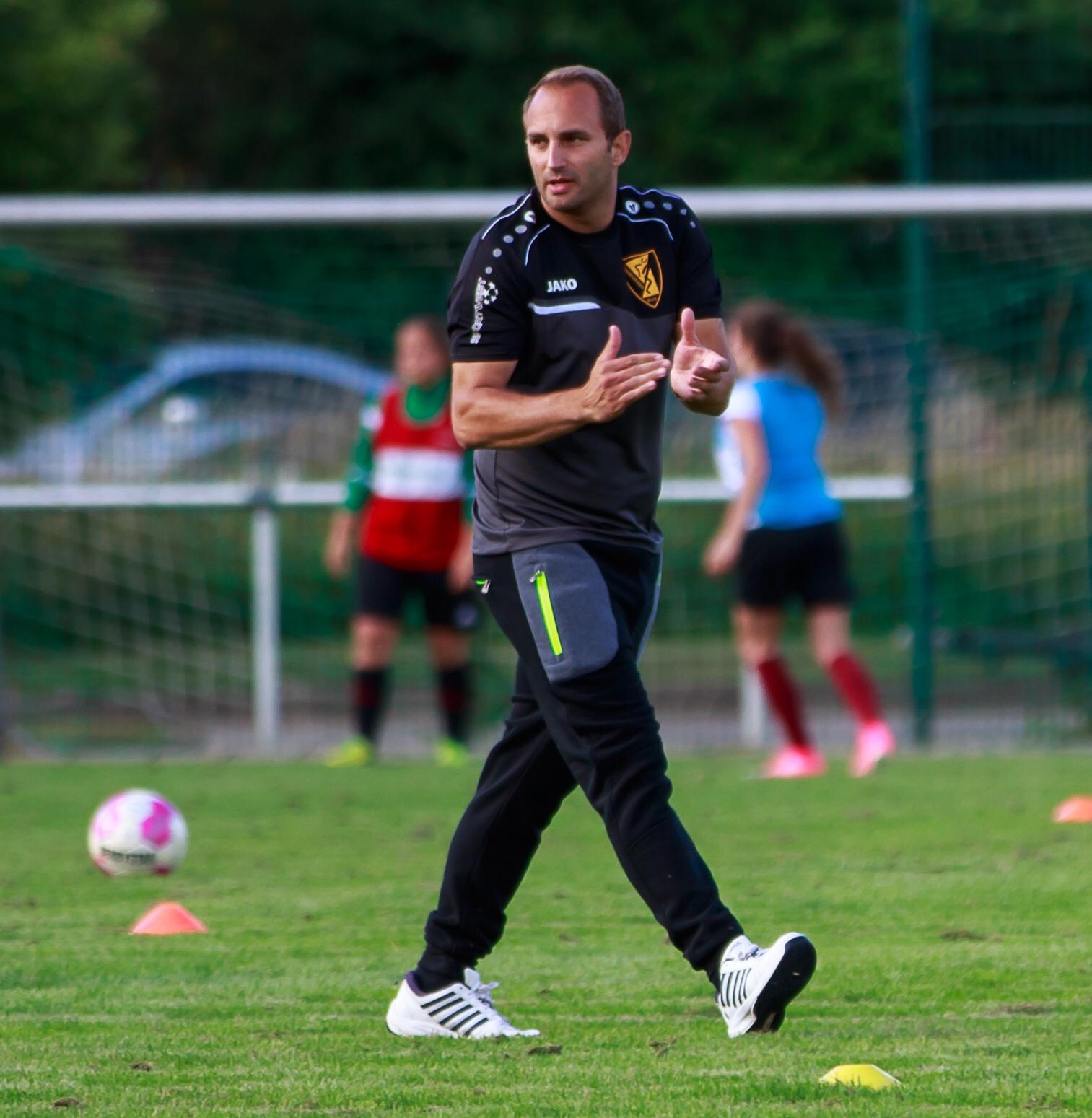 Marco Hartel: Coach and Firefighter - It's all about the team spirit

This week we are very happy to introduce Marco Hartel, the U-14 coach and sports director of SV Auweiler-Esch.The father of three is with the professional fire brigade and devotes a large part of his free time to football. At his club, the city of Cologne is currently investing in two new artificial turf pitches, which leaves the club perhaps with the most modern amateur infrastructure in the Cologne area. Marco also uses the most modern tools technically and has therefore opted for coachbetter.In an exciting interview, he revealed to us what similarities he sees between the fire brigade and football and why he misses the classic street football player.Coachbetter thanks Marco and all firefighters for daily risking their lives to protect our community.

CB: How did you come to soccer and how as a coach?

Hartel: From the age of five up to the B-youth I played in several clubs for fun and enjoyed every second of it. Then I cheated on football and played high-class American football for a long time.I came back to football by chance when my twins' team was looking for a coach and I stepped in, at the time with little or no experience.

CB: You are a firefighter as main profession. Do you see similarities between firefighting and football?

Hartel: Yes of course. The community and the team spirit for example. At the fire brigade we are a tight-knit force, much more intense than normal colleagues in the office.

You could say that we literally walk through fire for one another. I also notice this intensity of team spirit in football and my team on and off the pitch.

Hartel: I like fast, offensive football with few ball contacts. This philosophy goes just as well with the rapid build-up of the game as it does with counter-play over the wings. Read coachbetter article about playing offensive football.

We also try, as far as the endurance of our players allows, to put the opponent under pressure early with aggressive pressing. We try to implement the game philosophy throughout the club. Through my time playing American football, I also value a strong physique and a special team spirit.

CB: Why and how do you use coachbetter?

Hartel: Our club gives great importance to a modern infrastructure, not only in terms of the quality of our venues, but also the latest technology and tools.I was enthusiastic about coachbetter and the possibilities it offered from the start. The function that I particularly like is the shopping cart system when creating the training units.With just a few clicks, I put together a good and professional training course, which is a great added value. In addition to my job, I don't have the time to get a trainer license. For this reason, I benefit extremely from the knowledge pool of the app.

Hartel: The exercise that I incorporate into every workout in all its variants is rondos. The rondos fit every game system and convey many important characteristics, such as separating quickly from the ball, dealing with pressure and making decisions quickly.

Hartel: Oh there are of course a lot but the first player that comes to my mind is Lionel Messi. His technique is out of this world, but his overview and game intelligence are also exceptional.Embed from Getty Images

Hartel: Pep Guardiola. He lives football and every one of his speeches is pure goose bumps thanks to his passion. I like his game philosophy; he defines football for himself and is always trying something new.Embed from Getty Images

Hartel: Especially in youth football, the pressure is already very high when it comes to performance. We have to be careful that it doesn't develop in the wrong direction, the young players have to be protected.For this reason, we also offer seminars on health prevention in our association. See coachbetter article on mental health and its importance on football. What I also noticed is that the classic street footballer is dying out. I still remember how we dribbled, having fun with the ball and fun was our top priority.Today the club gives the young players much less freedom, “don't dribble“, “don't fumble so much ”,“ don't risk anything ”. It would be nice to have a little street football back again.

Hartel: My absolute highlight was the championship with my U-14 in the district class. The championship was the result of a development that we have driven forward over the years. The fact that I have received compliments from other coaches on the way we play makes me particularly proud.