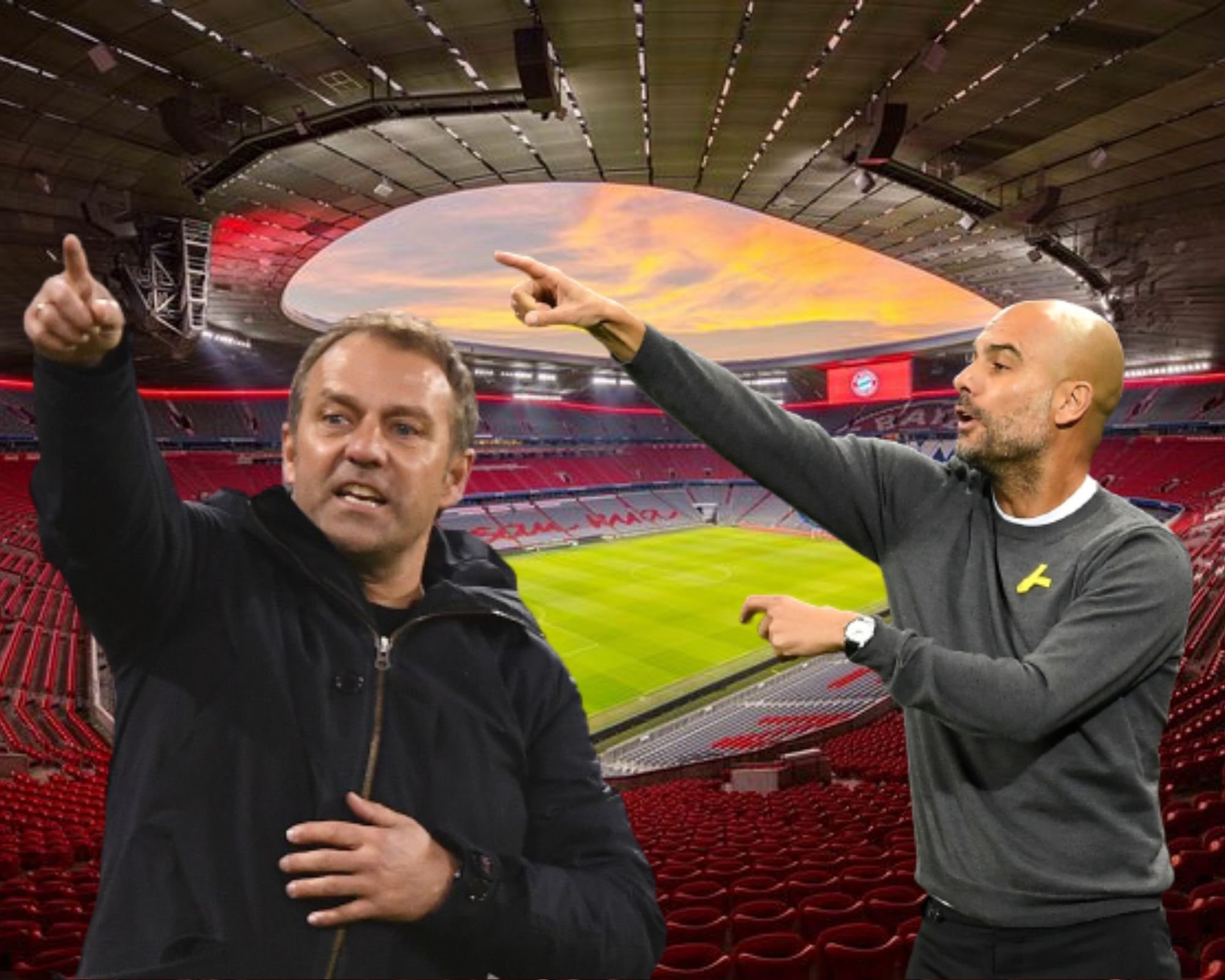 With 6 titles in one season, Hansi Flick made history with his Bayern Munich. An impressive performance that had been only done by one man before... Pep Guardiola.Guardiola made sure to personally congratulate Hansi Flick with a short video. The message turned into a challenge as Pep offered to bring Messi & Co back together to play for the 7th title in a Titan's match between the two sextuple teams.

As much as all football fans would love to see it, we know that both Hansi Flick and Pep Guardiola have bigger responsibilities lying ahead.Manchester City and Bayern Munich are both entering the 8th final of Champions League with big aspirations of being able to win both the Continental Title and their own home titles.With their respective teams playing some of the most attractive football and having the best results, we took a closer look at what makes them both so special. Analysis by coachbetter, your digital assistant coach.

Embed from Getty ImagesFew people knew who Hansi Flick was when he took over one of the biggest and most successful club in the world as an interim coach when Kovac got fired in 2019.Nevertheless, Flick is a world champion, as he sat right next to Joachim Low in 2014 when the Nationalmannschaft lifted the world cup in Brazil.Moreover, he has experience as managing director and coach at Hoffenheim, at the DFB (German Football Association) and RB Salzburg.Strong of all these years of experience, Hans-Dieter Flick, is known to be a rigorous, and very disciplined coach. He is straightforward with his players and do not hesitate to confront them with issues, which they appreciate very much.

"As a person he's very straight with you and doesn’t beat around the bush – but he also demands a lot in return."Jerome Boateng

Most importantly Hansi Flick brought back to the Allianz Arena something very dear to the club: wins. Wins, but not in any kind of way. Flick understands how big this club is and knows that a 1-0 victory is not enough for Bayern's standards.

"You'd win 1-0 any way possible. Today, winning alone isn't enough. I think that's spot on. Of course, it's about trophies in the end. But I can fully identify with the fact that Bayern now has the ambition to delight its fans with more than a 1-0 win."Hansi Flick

What may be even more impressive, is how down to earth he seems to be, and always striving for more and more. This modesty and desire to achieve better results are part of the german philosophy that he represents so well.

Maybe the biggest symbol of that is the fact that even though Hansi Flick is a World Cup winner he came back to his wife's home city, Bammental, where he owns and works at his sport shop. German efficiency has no limits.

Embed from Getty ImagesOn the other hand, we have Josep Guardiola, the Music Director. Besides the already mentioned fact that he won 6 titles in a season with FC Barcelona back in 2011, he holds also several other records that are a testimony of how great of a coach he is.Pep represents the passion, and hypnotises football fans for now more than 10 years thanks to his playing philosophy.Pupil of many great coaches before him such as Johan Cruyff or Rinus Michels, he nonetheless incarnates their ideas in his own way. Moreover, he brings a methodic, almost scientific approach to the game that has rarely been seen before.The success behind it is just a logical consequence of hard work and such tremendous dedication to make his teams play the way he wants: 30 titles won and 15 with Barcelona only.Embed from Getty ImagesThere is something artistic about Pep's work, his teams remind us of a painter drawing his canva or an orchestra playing a symphony.

Although Guardiola has fairly adjusted to the English Premier League, his style's foundation remains unchanged. The succession of passes from the keeper to the third attacking zone to find imbalance and space in the opponent's defence to hurt them.A risky but impressive philosophy of play if done properly. Manchester City or teams playing this way are at risk of leaving space behind their defenders as their defensive line is so high.

Nevertheless, Manchester City but all the teams Pep has coached have shown tremendous ability to attack from every point of the attack. We can see in this video the phases of build-up play and how a team building up from the back can bring tremendous danger on opponent's goals in a well organised shape.

On the other side, we have the very Germanic concept of Gegenpressing. A way of playing that has brought success to teams such as the Nationallmannschaft, Borussia Dortmund, Liverpool and more recently Hansi Flick's Bayern Munchen.The concept of Gegenpressing is the idea of quick and agressive reaction toward the opponent when your team loses possession. This philosophy can bring a lot of success if they are high up on the pitch, where the opponent's goal is not too far and where the team can be play vertically toward the goal.It is a much more direct style of play and some will argue that it is a more attractive, more offensive kind of football. It fits Flick's ideas perfectly as he wants to put their opponent's under constant pressure and score more than one goal per game. It is difficulty arguable to say that this tactic hasn't born its fruits.If you are looking for the best example of gegenpressing at the highest level, look no further.

Finally, you need a very athletic team to do that and the transformation of players like Goretzka, or Davies show how much the club has invested in improving the physical aspect of their players.