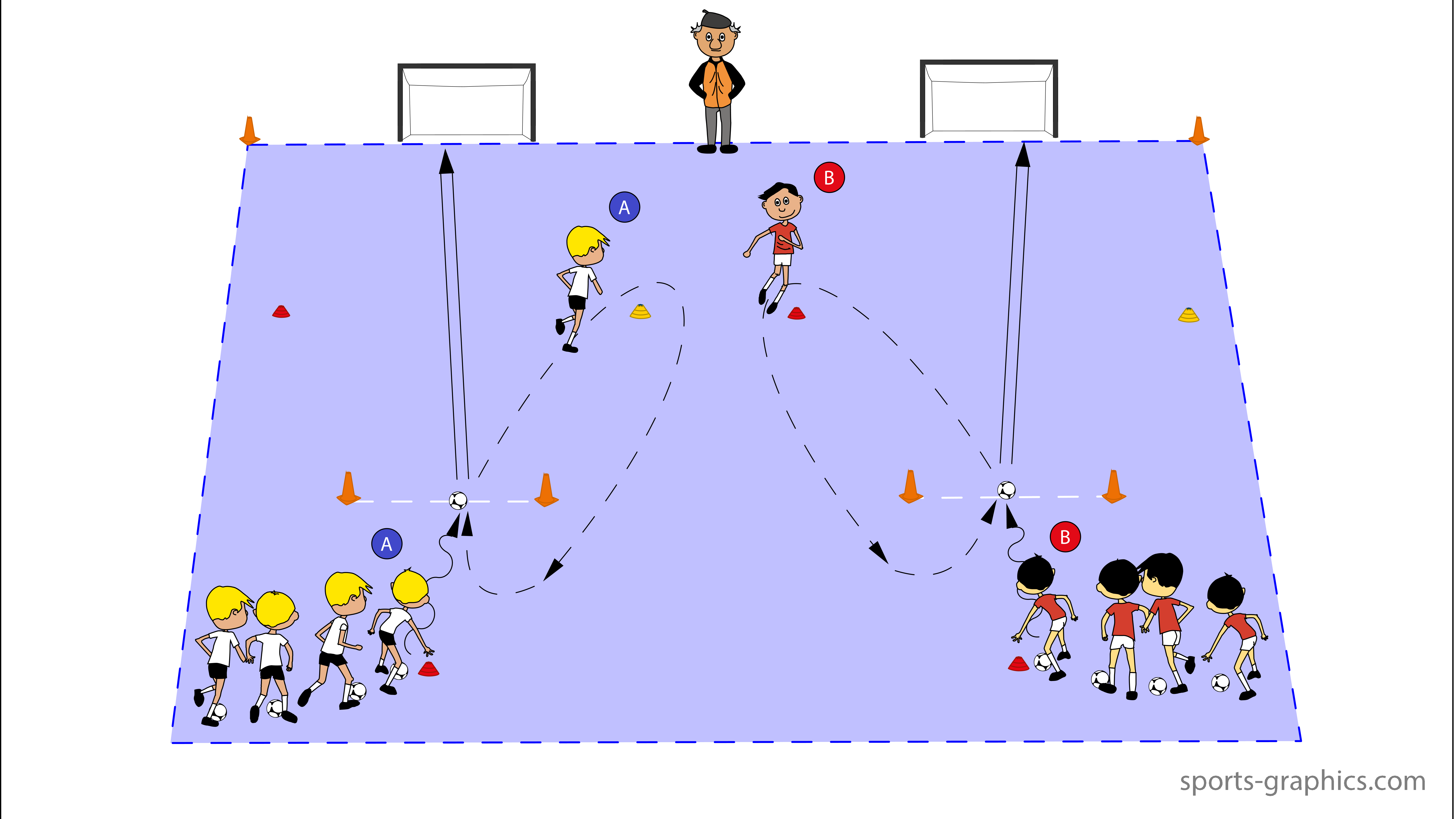 Dribble and Shoot on Mini Goals: Youth soccer drill: U6 - U10

Great drill if you are coaching at the youth level. Works on dribbling, technique and shooting while being entertaining for the players. You can also easily add some variations such as passing instead of dribbling from the cones. You could also have them make a special move at each cone. Finally, you can make it a competition between both teams and count goals scored on both sides, since they have to use the weak foot as well.