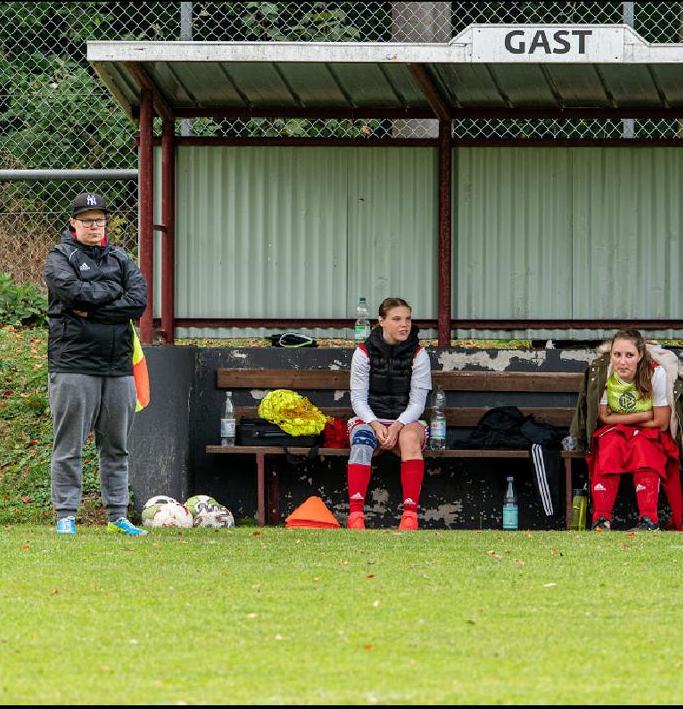 Coachbetter proudly supports the development of women's football.Therefore, we are happy to introduce you to Jasmin, our first female coach using coachbetter: She is currently working on her first coaching license and coaches the women's team of TUS Ahrbach, second local league of the Rheinland Soccer Association.During the interview, the charismatic young coach told us why she would not want to coach without coachbetter and how she sees the future of women's soccer.Dear Jasmin, we are happy that you enjoy coachbetter and wish you and your team a successful season.

How did you come to soccer and how as a coach?

I have been playing soccer my whole life. I remember playing soccer with the boys every minute I could. I started to play in a club in the age of 6 until I had to stop playing due to an injury when I was 24. I already knew while I was actively playing that I wanted to become a coach after.

What is your game philosophy?

I want to see a stable and strong defense in the classic 4-4-2 formation. If we score one goal, even from a set-piece, and don’t concede any, we will win the game.However, more importantly is the relationship with my players. Especially in women’s soccer empathy and emotions are key.

Why do you use coachbetter?

Currently, I use the tool to prepare for my coaching license. When it comes to women’s soccer, in our local soccer association, no license is needed until the Rheinland Liga. With coachbetter, I have the chance and access to as much knowledge as I want and offer professional training sessions.Also, the drills and its recommended time help me to design my sessions the way that also my players get the best out of it.

What is your favorite drill in coachbetter?

I really like the warm up drills to set the scene, e.g. the 3 zones game with different color combinations (to push concentration). Additionally, I also designed my own drill that I called 5-3 line running with the App Moves from coachbetter, which is now an established part of my training sessions.

As a coach, who would you like to train or have loved to train?

I really admire Nadine Kessler and the way she successfully played soccer and represented Germany.She was named World Footballer 2015 and is currently working for UEFA. To me, she brought the perfect mix between physics and technique. Unfortunately, she was also injured too soon.

Which coach does inspire you?

I like the coaching philosophy of Niko Arnautis from Eintracht Frankfurt (Fusion FFC Frankfurt). In my opinion, he has a very special and charismatic way to talk to and motivate his players.

If you have one wish, what would it be in terms of development for soccer?

I would love to see equality for men and women in soccer. We are far from when the German National Team of 1991 received a tea service for winning the EURO.However, there is still a long way to go. It starts with equal pay but even more the acceptance.I remember when a women’s goal (Anna Blesse during DFB cup final) was nominated as “goal of the month” and in the internet many negative comments arose. This should not be the case.