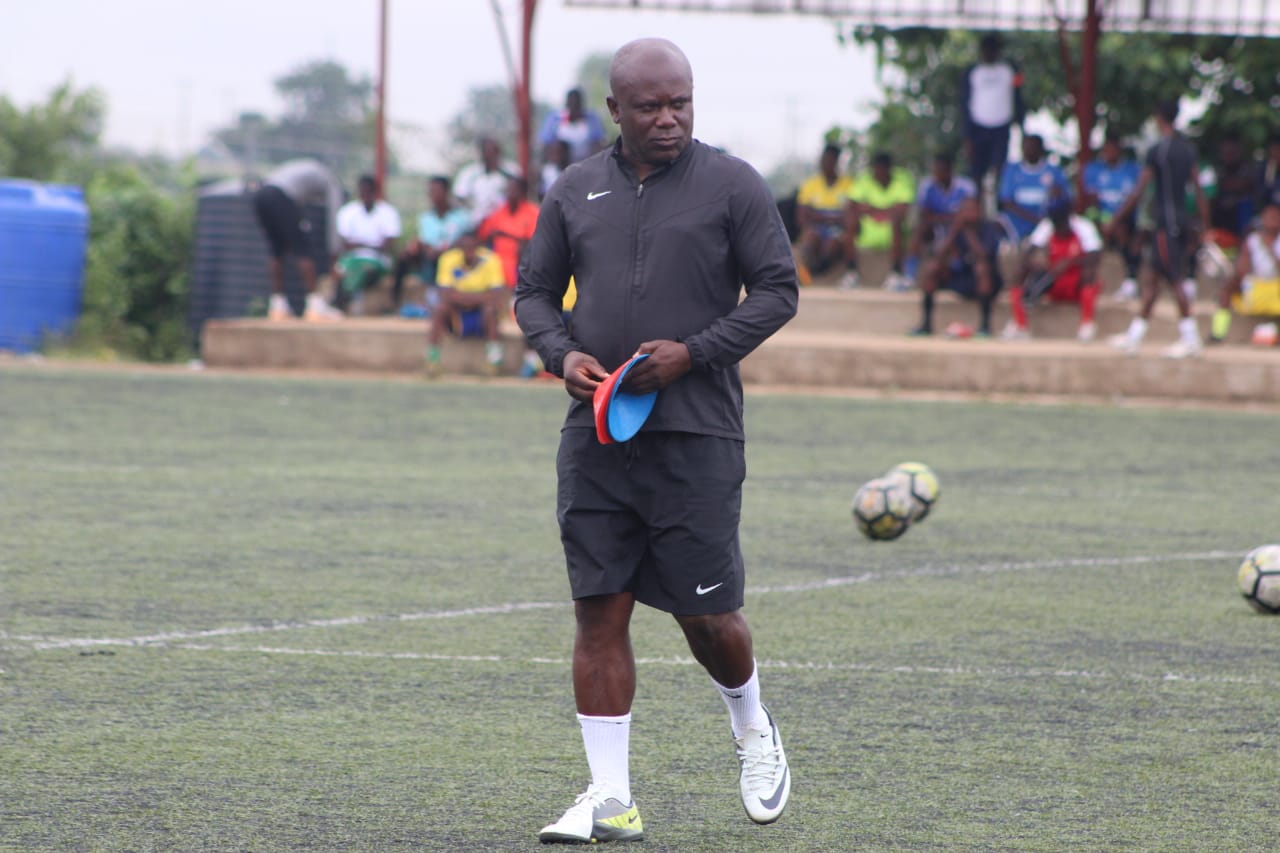 We are very excited to introduce the Head Coach of the Nigeria U20 Women's National Team to our community. Christopher Danjuma Musa has dedicated his coaching career to the development of women's football and celebrated important milestones for his country by winning the 2017 Round of 16 at the 2017 U20 World Cup played against Spain and he won the All African Cup in 2019. Currently at the FIFA U20 World Cup in Costa Rica, the Falconets convince with great football and beating tournament favorites Canada and France ending up winning Group C undefeated . In the interview he tells us about the challenges of coaching a national team and how technology and especially Coachbetter help him to overcome distance.

CB: When did you start playing football and how did you become a coach?

Musa: I've loved football since I was a little kid. I started playing for my varsity team in 1985. After playing many years professionally and spending most of my time at Plateau United between 1991 and 2001, several coaches approached me and saw potential in me and encouraged me to become a football coach. After that I started coaching women's teams and now hold national and CAF (African Football Confederation) coaching licenses.

CB: Why did you decide to work in women's football?

Musa: I got my first opportunity in 2002 to coach the women's team in Tin City. Although I switched to men's football as a technical advisor in 2013, I quickly realized that my true passion is women's coaching and in particular the great potential of being part of the development of women's football - that's what I love -I use my skills and encourage my players with patience and give them hope and belief in themselves.

Musa: Possession of the ball is the key for me. When we have the ball we can enjoy the game a lot more and have the opportunity to act. Acting is always easier for me than reacting. In order to remain flexible during the game and also because my team has great skills, my players are familiar with many formations, but I usually start with a 4-1-4-1 formation.

CB: Why and how do you use Coachbetter?

Musa: In general, I value the training planning at coachbetter the most, it makes my everyday life a lot easier. In order to correspond to my philosophy, I use the passing and winger exercises that coachbetter offers very often.

CB: What is your favorite drill in Coachbetter?

Musa: In general, I value the training planning at coachbetter the most, it makes my everyday life a lot easier. In order to correspond to my philosophy, I use the passing and winger exercises that coachbetter offers very often.

CB: As a coach, which player would you love to or have loved to coach?

Musa: My dream is to coach Nigeria's senior women's team, the Super Falcons. For me this would close the circle. I've known most of the players since they were young and during their time in the U17s and U20s and I'm really happy that they are developing so amazingly. This would be a very special fulfillment.

CB: Is there a coach that inspires you?

Musa: Pep Guardiola. I like his game philosophy. He defines football for himself and is always trying to invent something new, unprecedented. At the same time, he is tactically very flexible and adapts to his opponents depending on the situation. One day it would make me happy if people say “this is Christopher's formation, he invented it”, just like people say about Pep today.

CB: What is your wish for the future of women's football?

Musa: My biggest wish is that women's football gets as much attention as men's football. The women really deserve it because they have excellent quality in the game and more attention will also encourage more women to play this beautiful sport.

CB: Which moment of your coaching career will you never forget?

Musa: Victory at the All African Games 2019 in Morocco. That was indescribable.