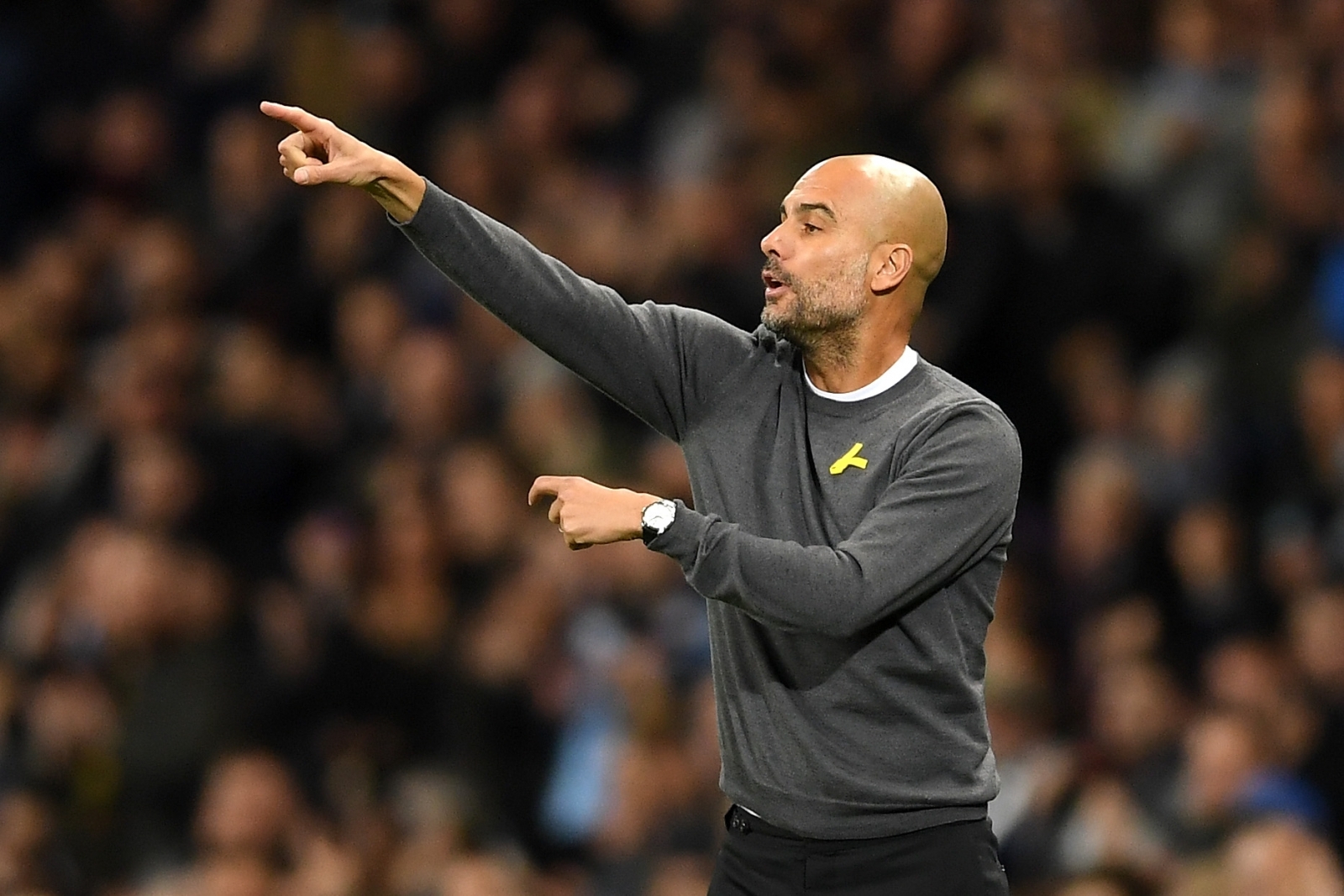 Embed from Getty ImagesJosep “Pep“ Guardiola stands for the extreme form of possession play which was created during his time in Barcelona.He continued to advance the play of his predecessor, Johan Cruyff. Guardiola consequently improved the way of his ball possession play later with FC Bayern and Manchester City, as well.Players like Xavi, Iniesta, and the multiple World Player of the Year Lionel Messi were the backbones of Peps style in Barcelona. Schweinsteiger, Lahm, Martinez, Thiago, and Alonso as well as the offensive line including Ribery, Müller, and Robben were responsible for this at FC Bayern.In Manchester, he was able to lean on highly talented and technically adapted individual players who had an understanding of the idea of pass oriented possession play. However, we took a closer look at the most important abilities and manners of Guardiolas system? Analysis by coachbetter!

Long ball possession to wear out the opponent

Long ball possession phases cause the opponents to shift a lot. For the opponent to win the ball, they need to exert much energy.The faster the opponent is playing, the more effort one has to put into running. The long ball possession is also psychologically exhausting because the other team has to run after the ball for a long time. Further, the feeling of not having access to the opponent's play can be very tiring.Another aspect of long ball possession is that it gives comfort to your own team. The more contact one has with the ball and the fewer misplaced passes your team plays, the safer the players feel with the combination play. This will help players be more comfortable with tight space and fast combinations because the team is effectively attuned to each other.

Long ball possession phases are also tiring for your team. This is because a support player has to always be involved in the play to keep the risk of losing possession as low as possible. On that point, many sprints are necessary to support players to break away from the opposing player.

A leveled squad with sufficient depth

Guardiola's strategy needs many players who can internalise his ball possession play to consistently perform this style on the pitch.Therefore, the squad has to be well-staffed to play a successful season with potential obstacles such as player injuries and experiencing lows. Thus, central positions have to be double-staffed with similar quality. This will help the team stay balanced even when important players are out of action.Embed from Getty Images

Maximum use of space and pressing resistance

The build-up play is based on optimal use of space. Defensive line and midfielders widely fan out, with the outside players right up the sideline.The attackers ensure maximum depth by placing themselves on the offside line. This wideness in the game also ensures that the opposing team has long distances to run once they want to attack. Along with this, the wider space provides more time for the offensive midfielders of Guardiola's teams.Guardiola's play is further based on an intense pressing resistance within an individual and group tactical behavior: Specific players have the technical abilities to secure ball possession as well as making the right decision in tight situations under high pressure of the opponent.Without this technical excellence which players like Xavi, Iniesta and Messi are masters of, ball possession play on a world-class level would be impossible. From a group tactical point of view, the ability of each position group is very crucial to offer support players to the ball carrier by dynamic and unpredictable runs.Embed from Getty ImagesThe play in tight spaces could pull the opponents defensive formation to one side of the pitch. This is when the team can attack on the other side very quickly. After this occurs, there are better chances for 1 vs. 1 situations for the fast and technically strong wingers. Train 1v1s, high-press, counter press and much more on coachbetter.

“Counterpressing“ to prevent too many runs

Once the play in tight spaces fails, Guardiola lets his team play aggressive “counterpressing“.He lets his team stagger in most cases and then offer support players. In case of a ball loss it makes it easier to immediately go into the “gegenpressing“.If the team steals the ball, they will quickly and directly play passing football to make the most out of the opponents confused defense. Another advantage of this is that the own team does not have to run long distances to get backwards so they can defend high-up on the pitch.

Build-up play starting from the back

Guardiola's build-up play in the defense line (e.g. the 4-2-3-1 system) is based on changing that line from a back four into a back three. One of the wingbacks from the defensive line moves forward to the wing. That is how players bring their support on the offensive wing.Guardiola extends that by creating an exchange of positions between the wingback and the winger on this side.On the ball side the wingback shifts inwardly from the flank, the winger shifts outwardly from the running position to the wing. As a result, a pass opportunity to the pushed up defender or to the winger appears. Due to the fast and well attuned exchange of positions, the opponent has a hard time defending effectively.Embed from Getty Images

Guardiola's attacking play is usually very variable. Both via the strong center of the field (in Manchester City´s case often with De Bruyne) and with the high quality wings (Sterling as attacking winger), creative and dangerous actions are always possible.This variability is necessary to perform the principle of the maximum use of space efficiently.If one had a weakness in the offense, such as a tendency to the play through the middle, it would make it possible for the opponent to defend easily.Embed from Getty ImagesFor instance, the opponent would defend the center more intensely compared to the wings. In case the opponent can not defend the center, gaps will appear frequently because the shifting always takes longer than the movement of the attackers.

Aggressive and vertical runs into the box

If one breaks through the flank, the players often have opportunities for dangerous shots on target.With Guardiola's system, up to six players often push up into the opponent’s box and create opportunities to score.This makes it extremely hard for the opponent’s defense to defend the goal because their own midfielders have to push far back.If one of the opponent’s players misses pushing far back, your player is unmarked and could shot on target. The deliveries are usually played as low passes because these are easier to exploit and control.