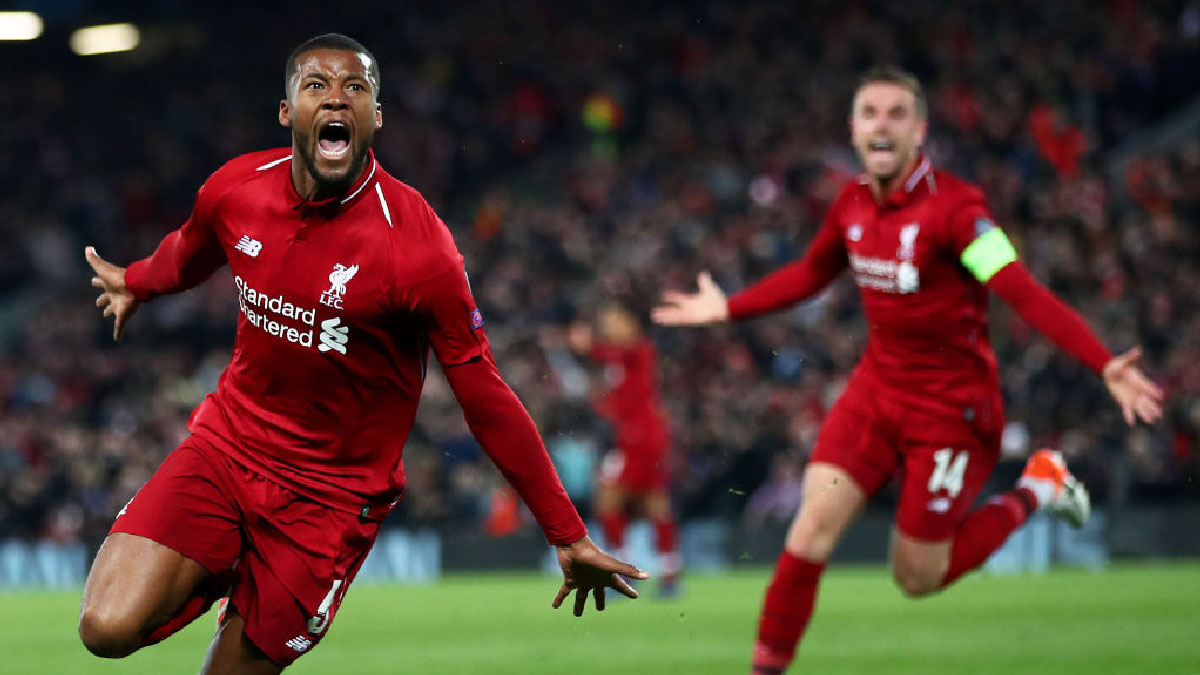 When considering Liverpool’s greatest strength, it is the ability to work as a collective and this in some large part, is due to the philosophy of manager Jurgen Klopp. All the players feel like they are a part of something larger than themselves and are therefore able to carry out their roles successfully within in the group. Klopp’s authentic charisma and exemplary work ethic are other important factors that contribute to this remarkable team spirit. This leads to players under Klopp displaying a great amount of discipline when it comes to their positions and a willingness to comply with their coach’s game plan. Klopp’s players are willing to go the distance to support their defense and create passing opportunities for attacks whenever possible. The “Reds” often play in a 4-3-3 formation, just as Klopp did in his time with Borussia Dortmund.The foundation of successful games in Klopp’s philosophy is an outstanding defense that operates confidently and calmly but is also able to function extremely aggressively. Klopp provides maximum stability via defenders who are skilled in one-on-one situations, can communicate with each other and are ready to support a teammate when necessary. This stability carries over to the entire team, which aggressively and persistently works against the opposition in possession and allows them little room for opportunities to expand their game. When Liverpool begin to press, they put the opponent under pressure through the physical strength of the players until they manage to win the ball. This was also seen with Klopp’s Borussia Dortmund team, whose aggressive style of play led them to the Champions League Final in 2013.Embed from Getty Images

In his preferred style of play, Klopp relies on extremely hard-running attacking lines that put the opponent under pressure, even in their own half. This means he can use real offensive pressing in certain situations and over longer periods of time, that is if it fits with his game plan. The effectiveness of offensive pressing increases through attacking players’ individual strength when it comes to one-on-one situations, even when defending, which is also a requirement for using quick transitional play effectively. Running ability is a fundamental requirement for Klopp. This is seen in his reliance on a hard-running midfield behind the offensive line of a 4-3-3 that can go on to cover long distances, either to support teammates in attacking or to stabilize the defense.In general, Klopp’s style of play is felt quite literally in the team’s dynamism and fast pace, as we see in both the Champions League and Premier League. On multiple occasions, Liverpool manage to adjust their pressing concept and point of attack further towards the front or back, depending on what works and what is appropriate for the opponent. From offensive pressing, the team can switch quickly into pressing the opposing players directly in midfield (man-to-man). In order to do so, the Reds find and use pressing victims, especially against teams in the Premier League that are somewhat weaker.Embed from Getty Images

Defense as the basis for the offense

From this basic defense-oriented setup, Klopp then turns to extremely fast transitional play in the offense. Liverpool often plays over the central positions and quickly into the front line, from here they will try to get behind the opposing players with just a few passes. While it is here, where the players’ running abilities will be on display. With a lot of hard work, the attackers are able to open up spaces behind the opponent’s lines and use gaps between opposing players.

Building up from the back and attacking

In order to achieve the necessary width in a match, fullbacks shift further up the field. This increases the risk of counter-attack situations out wide and is a reason why Klopp needs very intelligent central midfielders, as they have to be able to detect gaps in their own defense and fill them quickly, which is the only way to keep any potential risk at a manageable level. Central defenders must have a precise and forceful passing game, even over long distances (e.g. Virgil van Dijk), this enables quick bypasses of midfield (playing over the opponent’s line) and putting direct pressure on the opposing defense.It’s often the wingers who receive passes in offensive half-spaces. With a quick movement away from the sideline towards the center, wingers can get the necessary head start over the opposing players. This allows the players to play over midfield in the first phase, and to then be open for passes from the striker with the ball. Even if the first pass, one which is often long-distance from a central defender, doesn’t arrive where it is supposed to, it’s still helpful to have players near the ball who can then try to win it back. In order to do so, the previously mentioned tight formation as the basis for any counter pressing is crucial.If the central midfielders are in possession in the opponent’s half, Klopp often has his team play boldly and high-risk vertically. Wingers offer midfielders the chance to play deep quickly through well timed runs behind the opposition defense. This tactic can be used to good effect against teams that generally don’t defend deep, and especially when Liverpool plays against teams that are just as strong, or the opposing defense is not yet organized in a certain situation (transitional play).Juergen Klopp’s offensive players often are fluid in terms of their on-field positions when in possession, which shows how important the element of dynamism is to the German manager. Klopp brings movement into the match through changes between central midfielder and winger (center/wings), as well as wingers and fullbacks (front/back). Static match situations in which the opponent operates in a relatively rigid defensive formation can be resolved with this tactic. In addition, the opposing team can’t sufficiently adapt to the style of play on an ongoing basis, which puts the players under psychological and physical stress. Overloading the opponent this way is another element of Klopp’s style of play that he uses purposefully.From these build-up play situations, Klopp often changes over into direct counter-pressing. When in possession, the players don’t just anticipate their next moves for remaining in possession, but rather position themselves so that they can immediately win the ball back in the case of a loss, which then means putting immediate pressure on the opponent. This prevents them from building up successfully and increases the chance of gaining possession near the goal. Jürgen Klopp’s strongest weapon in the offense is this kind of counter-pressing. If the attack is unsuccessful and the ball is lost, the players are active immediately and can win back possession in the opposing half. The distance to the opposing goal is covered with just a few passes, which subsequently creates scoring opportunities.Embed from Getty Images